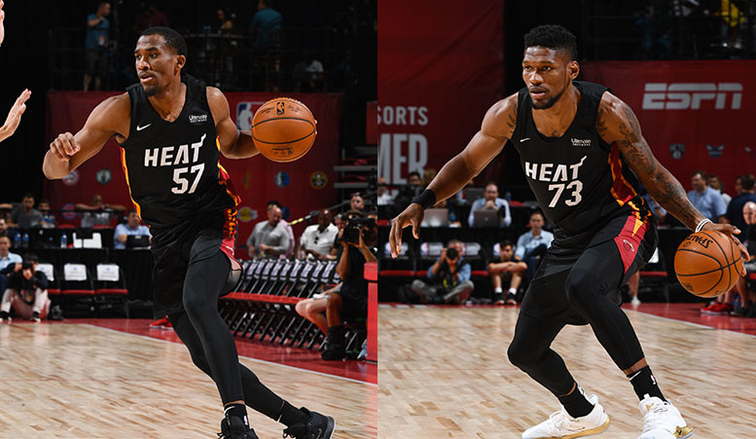 The Miami Heat have added guard Jeremiah Martin and forward Chris Silva to Exhibit 10 contracts per the team’s official website. Both players could earn two-way deals if they keep it up.

Players with two-way deals will spend most of their season with the Heat’s G League affiliate Sioux Falls Skyforce, but can also spend up to 45 days with the Heat, and then join them permanently when the G League season ends.

Martin has appeared in six Summer League games for the Heat and has averaged 5.0 points, 2.2 rebounds, and 1.8 assists in 19.1 minutes per game. He attended the University of Memphis, where he became the first player in school history to record two 40-point games in the same season.

Silva has also appeared in six Summer League games for Miami (all starts) and has averaged 7.0 points on 56.5 percent shooting from the field, 5.7 rebounds and 1.3 assists in 18.3 minutes per game.