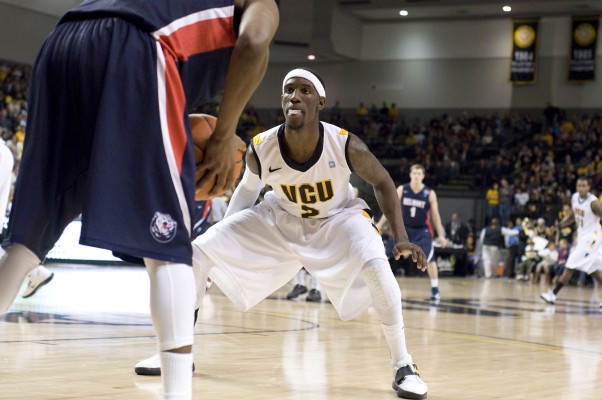 The Miami Heat have signed undrafted Virginia Commonwealth guard Briante Weber to a training camp deal according to Ira Winderman of The Sun Sentinel.

Only one spot remains of the 20-player training camp limit as Weber will become the 19th player under contract with the Heat.

NBA teams are allowed to carry a maximum of 20 players up until the preseason, before being required to trim to a maximum of 15 players for the regular season.

The 6-foot-2 guard is a former Atlantic 10 Defensive Player of the Year and was just 12 steals away from becoming the NCAA’s all-time steals leader in his senior season.

Weber, who set a school record with a vertical leap of 45 1/2 inches, attracted interest from more than half the teams in the NBA this summer.

The Heat open training camp on September 29, with their first preseason game coming against the visiting Charlotte Hornets.
[xyz-ihs snippet=”Responsive-Ad”]