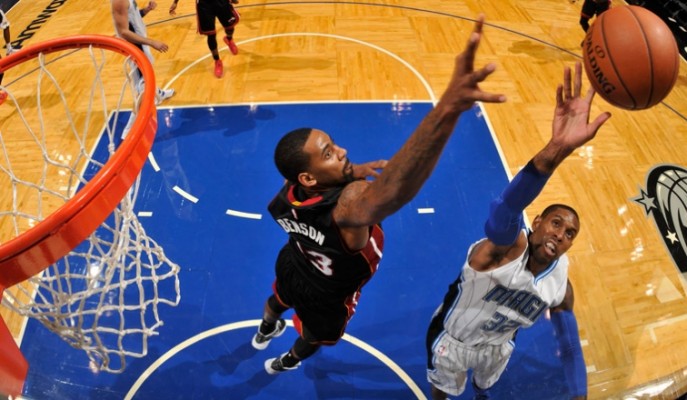 Benson, 28, served on the Heat’s NBA Development League affiliate Sioux Falls Skyforce last season. The 6’11” center played in 49 games with the Skyforce, putting up 13.8 points, 7.5 rebounds and 1.57 blocks a game. Benson was even named a 2016 D-League All-Star.

Although it is a longshot for Benson to make the team, the No. 48 pick in the 2011 NBA Draft will get more exposure to the NBA atmosphere. Despite being in the league for five years, Benson has only played in three regular season games, all with the Golden State Warriors.

The news of the journeyman’s signing comes hours after the Heat released a heartbreaking statement saying that veteran Chris Bosh has not been cleared for the team’s training camp due to a failed physical.
[xyz-ihs snippet=”Responsive-ImagenText”]