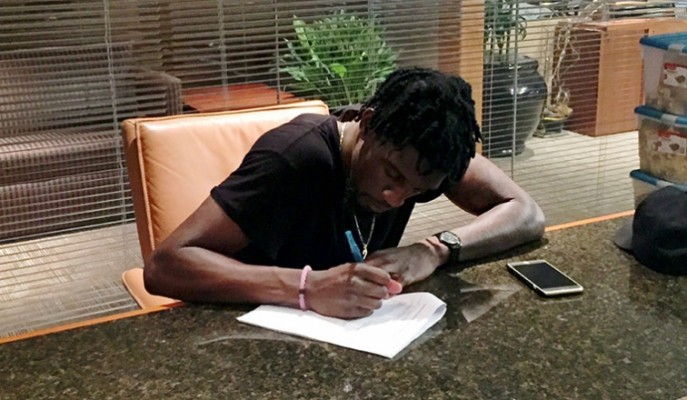 Both players, who were undrafted in last June’s NBA Draft, are ultimately expected to end up with the Heat’s D-League team, the Sioux Falls (SD) Skyforce, according to Ira Winderman of The Sun Sentinel.

Weber played at Virginia Commonwealth, where his senior season was marred by a severe knee injury. In his 127 games at the school, he was known for his defensive skills, ending up as VCU’s all-time leader in steals and finishing third in his career among all NCAA Division 1 players.

Winning the Atlantic 10 Defensive Player of the Year award three times, Weber averaged 6.8 points, 3.0 assists and 2.94 steals. His rehabilitation from the knee injury prevented him from taking part in training camp.

Hawkins has seen very little time on the court during the preseason, only competing in the team’s two weekend clashes at Houston and Atlanta. He connected on both of his three-point attempts (his specialty), while also contributing a pair of rebounds and assist versus the Hawks.

The signing of Weber mirrors Miami’s move last year, when they signed Larry Drew II with less than a week remaining in training camp. That allowed them to then assign Drew to Sioux Falls, where he spent the entire season.

Other current Heat players expected to join Weber and Hawkins in Sioux Falls are Keith Benson and Greg Whittington. Miami must be down to a roster of 15 by next Monday, though the final cuts are expected by Saturday.

The Heat officially begins its season on October 28, when they host the Charlotte Hornets at American Airlines Arena.
[xyz-ihs snippet=”Responsive-Ad”]