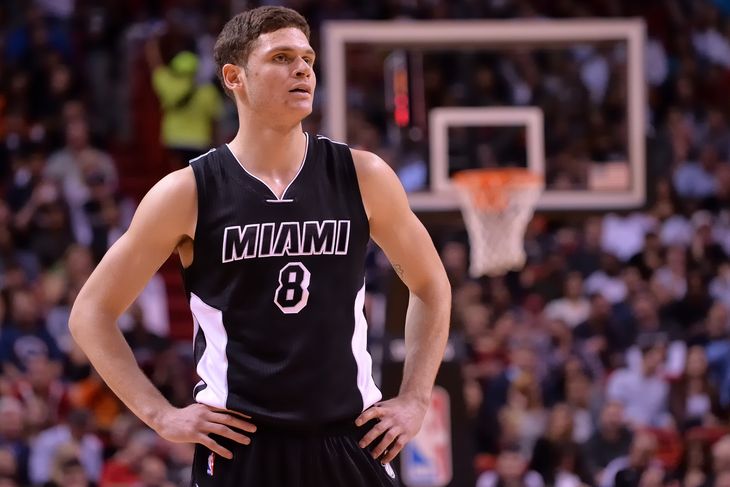 The Miami Heat have decided to re-sign Tyler Johnson for the rest of the season.

After two 10-day contract stints, the Heat were forced to make a decision—let Johnson go to free agency or re-sign him to a contract for the rest of the season. According to RealGM, Miami has decided on the latter option. The undrafted free agent has averaged 7.5 points, 2.5 rebounds, 1.3 steals and 1.2 assists per game over six games since being called up from the D-League.

With the Heat missing Dwyane Wade for an extended period of time, Johnson has provided stability and depth at the shooting guard position. He has shined on two separate occasions for Miami in the past week alone, helping the Heat to victory over the Boston Celtics on February 1 by nearly posting a double-double and leading Miami in scoring on February 6 when he scored 18 points in a loss to the San Antonio Spurs.

The Fresno State product has seen an increase in playing time since the Heat’s 93-72 loss to the Dallas Mavericks on January 30. During that defeat, Johnson played 24 total minutes. He has seen at least 20 minutes of playing time in three of the four games after.

The 6’3″ shooting guard will have his first dose of playing time under a season-long contract when the Heat take on the New York Knicks at American Airlines Arena on Monday night.
[xyz-ihs snippet=”Responsive-Ad”]