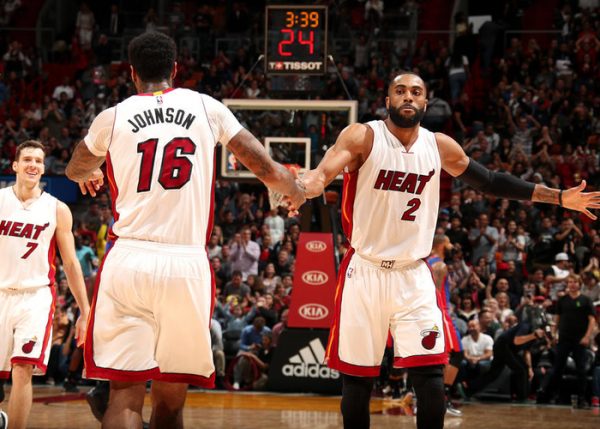 In a similar theme to Thursday night’s game against the Washington Wizards, the Miami Heat will be without four rotational players for tonight’s matchup against the Charlotte Hornets.

James Johnson (hernia), Dion Waiters (ankle) and Justise Winslow (hamstring) out for Heat tonight vs. Hornets. Wayne Ellington (ankle) doubtful. With three days off before Knicks on Wednesday, figure Winslow and Ellington back for that one.

In a bit of a silver lining, both Wayne Ellington and Justise Winslow are likely to come back for the Heat’s Saturday night contest against the Portland Trail Blazers.

Tonight’s matchup against the Hornets will be the Heat’s first game of the season at American Airlines Arena. Tipoff for tonight’s game is set for 8 pm ET.
[xyz-ihs snippet=”HN-300×250-TextnImage”]