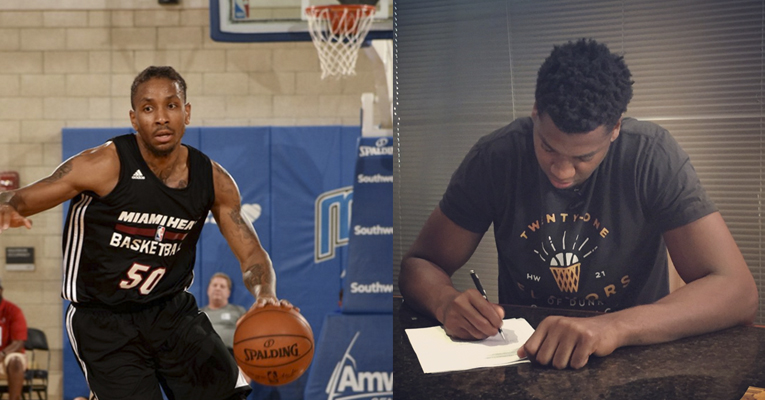 It’s official. Hassan Whiteside is going to be the starting center for the Miami Heat next year.

Whiteside signed his new contract today — the first day players are officially allowed to sign with their teams — for four-years, $98 million. Whiteside had agreed on this deal on the opening day of free agency. After competitors like the Dallas Mavericks and Portland Trail Blazers came recruiting, Whiteside stuck with the organization that gave him his first real chance in the NBA.

The 27-year-old is right in the middle of his athletic prime and the Heat are hoping he can improve in all facets of his game. He was already the league’s leading shot blocker by a large margin at 3.7 blocks per game — the next closest was just 2.3 blocks per game by DeAndre Jordan. He averaged 14.2 points and 11.8 rebounds per game, which earned him a spot on the NBA’s All-Defensive Second Team and third in Defensive Player of the Year voting.

The 7-footer is set to anchor Miami’s defense like he did last year, but more will be expected of him this time around. A common criticism of Whiteside is that he tends to take plays off and with the sudden, unexpected departure of Dwyane Wade, he will be asked to carry more of the burden on both ends of the floor. With Chris Bosh‘s health still in unknown, there is a very real chance that Whiteside could be the face of the franchise in the coming years.

McGruder played for the Heat’s D-League affiliate Sioux Falls Skyforce all of last year and was one of their best players. He started 44 of 48 games and led the team in points, field goals made, and plus-minus. He was an excellent shooter for the Skyforce averaging 15.8 points, 5.3 rebounds, 2.3 assists while shooting 51.3 percent from the field and 38.4 percent from three-point range.

He is currently playing on the Heat’s summer league team. The team did not release the contract details for McGruder as per club policy.
[xyz-ihs snippet=”Responsive-ImagenText”]