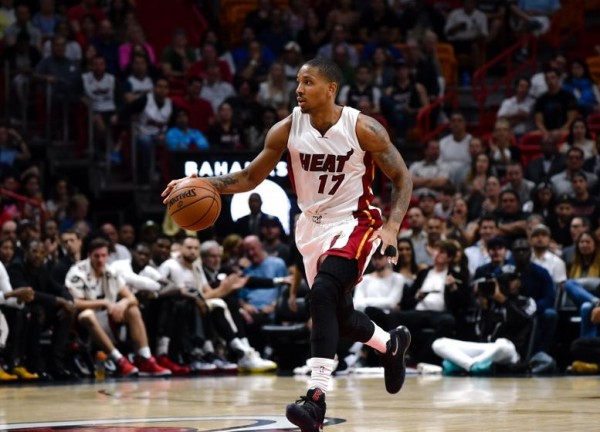 Miami Heat guard Rodney McGruder was hardly a lock to make the team’s final 15-man roster when training camp kicked off back in October. Since then, he’s done more than just make the team — he’s logged the third-most starts on the team this season and has added value to an injury-riddled backcourt.

And now, he is being rewarded.

As of Tuesday, the Heat have guaranteed McGruder’s $543,471 contract through the end of the 2016-17 season. In spite of the great news, the Kansas State University product is staying humbled and focused:

“It’s a blessing,” McGruder said. “But it wasn’t really something that I was really trying to think about or really concerned about. I just felt like just take care of the things that I can control and that’s just my energy and effort out on the court.”

McGruder, with his constant hustle and passion for the game, has capitalized on some unexpected opportunity for playing time with the Heat since the start of the season. Miami guards Josh Richardson and Dion Waiters have each missed double-digit games due to injury and McGruder has done what he can to take advantage. He’s even stepped in for point guards Goran Dragic and Tyler Johnson at times, as they’ve also missed a handful of contests due to injury.

“It just means everything happens for a reason and to just stay with the process,” McGruder said Tuesday. “Don’t try to control things that you have no control over because who would have thought I would start this many games coming out of training camp?”

McGruder’s long-term value with the franchise is yet to be determined, but he will have plenty of chances to continue to prove himself in the coming future. The team has him on a minimum contract for the next two seasons. As for right now, the 6-foot-4 guard will have another prime opportunity to produce as early as Tuesday night, as starter Richardson is expected miss the team’s matchup with the Golden State Warriors due to a sprained left foot.
[xyz-ihs snippet=”Responsive-ImagenText”]