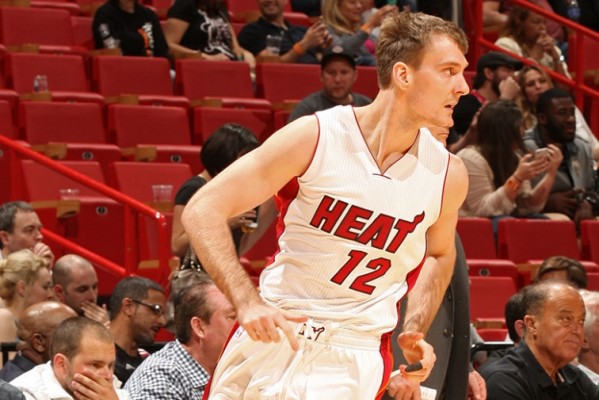 It was announced earlier today that the Miami Heat have decided to assign guard Zoran Dragic to the Heat’s D-League affiliate Sioux Falls Skyforce.

Heat assigns Zoran Dragic to NBDL team in South Dakota. Zoran, by the way, is signed for next season for $1.7 M.

Dragic, who’s played a grand total of five minutes with the Heat, will get a chance to develop his game in an environment where he’s likely to see a huge influx in playing time.

The Heat have had much success in developing their young players in the D-League as they’ve seen the emergences of Hassan Whiteside, Tyler Johnson, and Shabazz Napier.
[xyz-ihs snippet=”Responsive-ImagenText”]