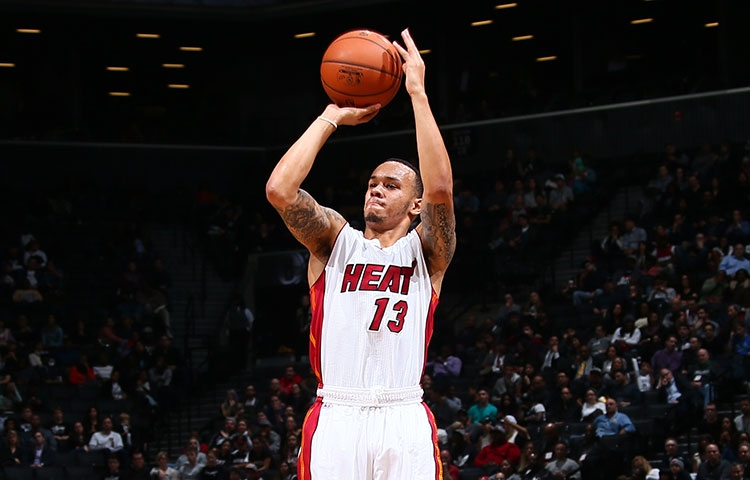 The Miami Heat announced today that they have once again sent rookie point guard Shabazz Napier to their D-League affiliate, Sioux Falls Skyforce.

This will be the second time that Napier has been sent down to the D-League as he was previously assigned to the Skyforce on December 13. Napier appeared in one contest where he scored 22 points to go along with three assists and two rebounds to lead the Skyforce to victory against the Iowa Energy.

Shabazz has appeared in 25 games with the Heat this season, showing averages of 5.7 points and 1.9 assists in 21.0 minutes of playing time.

The move may be a bit confusing as the Heat are currently struggling to find any consistency at the point guard spot, however, head coach Erik Spoelstra has stated in the past that he wants Napier to earn his minutes and that he feels confident with the current rotation.

Ira Winderman of the Sun Sentinel has also reported that the Heat like to assign players to their D-League affiliate when practice time is limited for younger players.