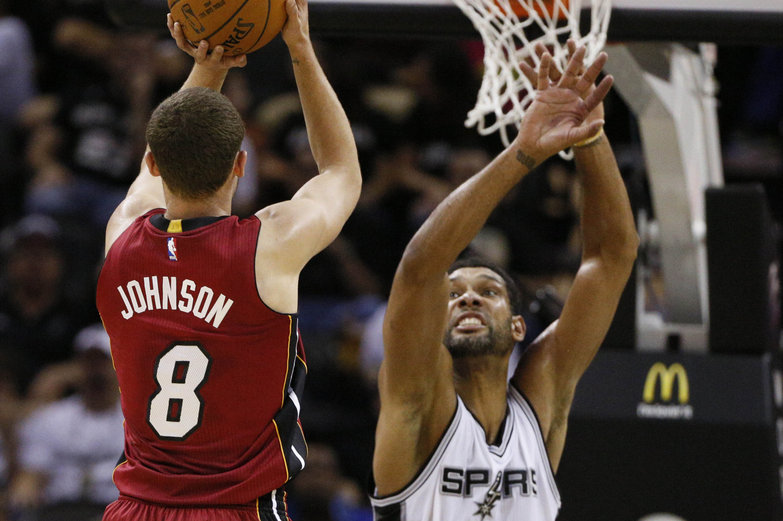 The Miami Heat will be bringing back a few familiar faces.

Just days after the Heat made their final cut of training camp to trim down to the league-mandated roster maximum of 15 players, Ira Winderman reported that the team has reached agreements to send those players to their D-League affiliate, the Sioux Falls Skyforce. Those four players would be none other than Khem Birch, Shawn Jones, Tyler Johnson and Larry Drew II.

All four players were on the Heat’s training camp roster. Birch was the last of the four to be cut, as Miami opted to keep swingman Andre Dawkins on the roster for the 15th and final spot. While the power forward lacked an offensive presence (1.5 points per game), he led the Heat in blocks (1.17) and ranked second on the team in rebounds (5.50) during the preseason. If not for the Heat’s lack of depth at shooting guard and small forward, the team would have likely kept the undrafted free agent on its regular season roster.

In the case of the other three players, they received limited playing time during the exhibition. Johnson played in just one game, but impressed in his lone appearance, scoring 17 points in a 113-108 victory over the San Antonio Spurs. In the case of Jones, he appeared in four games, averaging three points and three points per contest. Drew II signed with the Heat on October 20, but was waived just five days later without appearing in a single game.

All four signees are undrafted free agents and were the last players cut from the training camp roster.

While the Heat have reached agreements for these players to join their D-League affiliate, any NBA team can sign these players if they choose to. The franchise does not hold any “rights” to them.

The Skyforce are due to open their season on November 15 at the Fort Wayne Mad Ants.
[xyz-ihs snippet=”Responsive-Ad”]