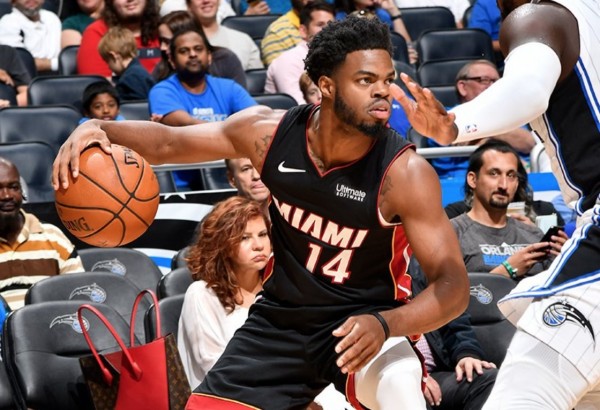 In an effort to give more playing time to a pair of reserves, the Miami Heat on Monday assigned center A.J Hammons and guard Derrick Walton Jr. to the team’s G League franchise, the Sioux Falls Skyforce. In the case of the 22-year-old Walton, his assignment is in conjunction with the two-way contract that he signed on July 24.

The 25-year-old Hammons was drafted by the Dallas Mavericks in the second round of the 2016 NBA Draft out of Purdue University and played in 22 games for the team last year. He averaged 7.4 minutes of playing time during those contests, averaging 2.2 points and 1.6 rebounds, then was traded to the Heat on July 7. During his time at Purdue, the 7-footer won All-Conference accolades and was named the Big Ten Defensive Player of the Year in 2016.

The 6-foot-1 Walton played collegiately at the University of Michigan, but wasn’t selected in this year’s NBA draft. During his time with the Wolverines, Walton became the only player in the school’s history to record 1,000 points, grab 500 rebounds and hand out 400 assists.
[xyz-ihs snippet=”Responsive-ImagenText”]