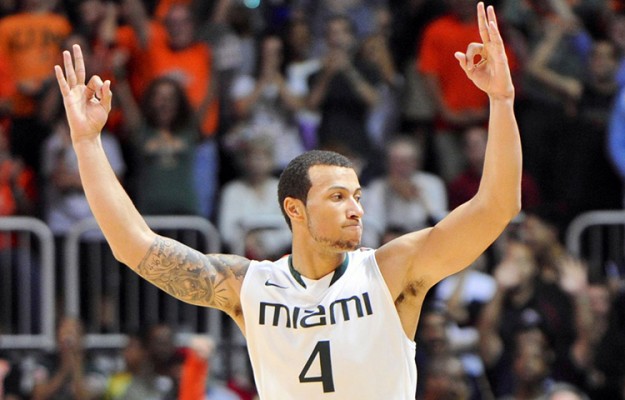 With the Las Vegas Summer League getting underway on Friday, the Miami Heat decided to add a local touch to their roster with the addition of Trey McKinney-Jones, a 6-foot-5 shooting guard who played two years for the University of Miami Hurricanes from 2011 to 2013.

The Heat have added former University of Miami guard Trey McKinney-Jones to their roster for the Las Vegas summer league.

McKinney-Jones, who turns 27 late next month, wasn’t selected in the 2013 NBA Draft, but was signed as a free agent by the Milwaukee Bucks. He was released on Oct. 26, 2013, before then beginning the first of three stints with the Fort Wayne Mad Ants of what was formerly known as the NBA Development League. Playing parts of three seasons with that team, McKinney-Jones has also taken the court overseas for professional teams in France, Israel and Hungary during the past four years.

No stranger to trying to make his mark during the summer months, McKinney-Jones played for the Heat’s team in the 2014 Orlando Summer League before then competing for the San Antonio Spurs’ unit during that year’s Las Vegas Summer League. In 2015, he was a member of the Atlanta Hawks’ squad in Las Vegas.

The Heat’s first action in Las Vegas will take place on Saturday, when their team faces the San Antonio Spurs in a game that will tip off just after 8 p.m. ET and can be seen on ESPNU. That will be their first of five contests, with the league championship set for July 17.
[xyz-ihs snippet=”HN-Native-EndofArticle”]