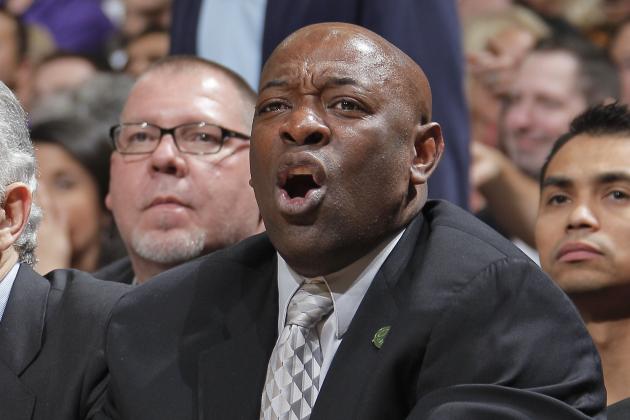 As the Miami Heat begin training camp on September 27, they have officially rounded out their coaching staff.

Three new faces will also join the team for the upcoming season: Brandon Gilliam, Wes Brown and Eric Foran. The 2014-15 season will mark the first time than none of Head Coach Erik Spoelstra’s assistants are holdovers from the Pat Riley era.

While the changes in the coaching staff are drastic, the addition of Quinn will receive the most attention. The Notre Dame product unexpectedly became a fixture of the Heat roster over the course of four seasons between 2006 and 2010. An undrafted free agent in 2006, Quinn made the Heat’s opening-day roster for the then-defending NBA Champions and became a part-time starter during the 2007-08 season when injuries shelved starters Dwyane Wade and Jason Williams. He was traded during the 2009-10 season to the New Jersey Nets, ending his stint with the Heat.

Along with his duties in working behind the bench on the coaching staff, the former Heat point guard will also have responsibilities in the areas of player development and with Miami’s D-League affiliate, the Sioux Falls Skyforce. Quinn’s most recent job was serving as director of player development at Northwestern.

Smart served as head coach for three different NBA franchises: the Cleveland Cavaliers, Golden State Warriors and Sacramento Kings. He last coached during the 2012-13 season with the Kings. He has amassed a 93-170 career record in the NBA and will assist Spoelstra in the areas of game management.
[xyz-ihs snippet=”Responsive-ImagenText”]