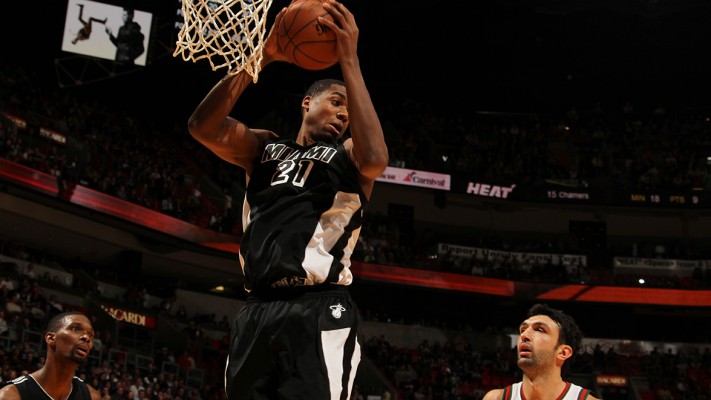 It looks like we’re going to have to wait a little longer before we finally see Miami Heat’s starting five on the court together.

The biggest news of the first day of Heat training camp on Tuesday was the absence of Hassan Whiteside, who was relegated to being a spectator after suffering a strained right calf injury during a pre-camp workout last week. In his absence, non-guaranteed free agents such as Greg Whittington and Keith Benson filled in to play alongside the four other projected starters.

Whiteside went into some detail regarding his calf injury:

“During the workout, I just felt like a tug on my calf muscle, so I’m just taking a couple of days off just to take it day by day. It’s just kind of day by day. I didn’t really know what to expect, because I never injured it before. They just said, ‘Just take it day by day.’ I mean, it’s still early, so there’s no rush.”

Head coach Erik Spoelstra recently expressed the desire to get his projected starting five on the court as soon as possible. Obviously, that wasn’t meant to be, as trainer Jay Sabol made the final call regarding Whiteside’s availability, according to Spoelstra:

“Jay thought it would be best to rest him. He’s feeling better, but he’s probably not ready for this right now. So we’ll just take it day to day, see how he feels with another full day of treatment.”

The Heat know all too well about how minor ailments can turn into major injuries. The 2014-15 squad used 20 different starters throughout the season, a franchise record.

The most important thing before the start of the regular season is preserving Whiteside’s health. Though many are clearly eager to see the projected starting five develop some chemistry together, they won’t be able to do that if the 7-foot center is out for an extended period of time due to injury.
[xyz-ihs snippet=”Responsive-Ad”]