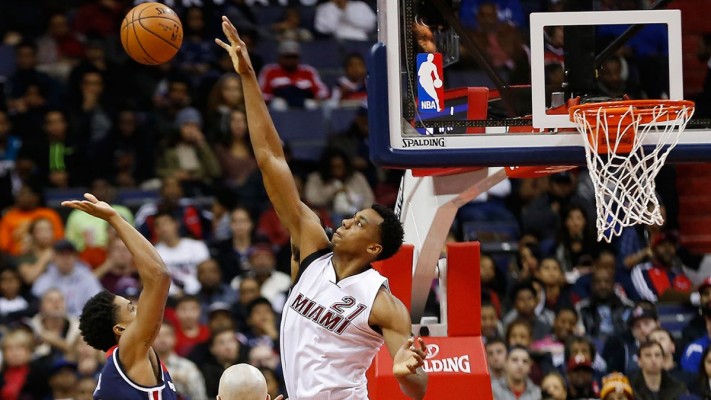 Whiteside led the NBA in blocks per game (3.7) and total blocks (269). His closest competition was Los Angeles Clippers center DeAndre Jordan, who played in more games and finished with 177 blocks on the season. The Heat big man rejected the most shots in a regular season since Marcus Camby blocked 285 shots in 2008. The Marshall University product was also the league’s fourth best rebounder (11.8) and notched three triple-doubles with blocks.

Still it didn’t give Whiteside a strong enough case to get the media’s attention. During the voting, players were awarded five points for first-place votes, three points for second-place votes and one point for each third-place vote.

Although Whiteside didn’t get the award that he campaigned and longed for, the 26-year-old still managed to have a fantastic season. The center’s rise from no-name to third best defensive player of the year, behind two starting All-Stars on historic teams, is a monumental jump for the fourth-year pro. Whiteside will likely make the NBA All-Defensive first team and is in contention for Most Improved Player of the Year.
[xyz-ihs snippet=”Responsive-Ad”]