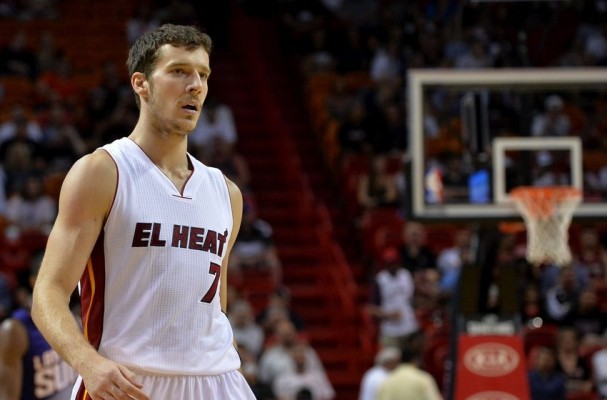 While it was expected for some time that Goran Dragic would opt out of the final year of his contract, now it’s official.

Ira Winderman of The Sun Sentinel has confirmed that Dragic will opt out and head into free agency this offseason. Dragic held a player option for the 2015-16 season which would have paid him $7.5 million. However, the 28-year-old point guard has made it clear that his desire is to sign a long-term contract with a team.

Dragic confirms he will opt out, head into free agency.

Though the most likely scenario is for Dragic to re-sign with the Heat, you simply never know when a player hits free agency. Along with Rajon Rondo, the Slovenian star will be the most highly-sought free agent point guard on the market.

If a team with cap space such as the Los Angeles Lakers misses out on a player like Rondo, they will no doubt be willing to offer a lot of money to a player just entering his prime such as Dragic. The veteran point guard made it clear that receiving a fifth year from Miami would be big.

Dragic says a fifth year from Miami would be “pretty big.”

Despite the Heat missing the playoffs, Dragic played a huge role for Miami during the second half of the season and was clearly the team’s second option on offense after Chris Bosh was ruled out for the season following the All-Star break. Goran averaged 16.6 points, 5.3 assists and 3.4 rebounds in 26 appearances for the Heat.
[xyz-ihs snippet=”Responsive-Ad”]