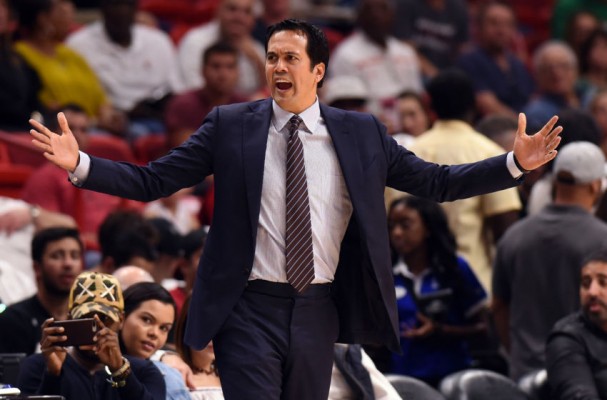 The Miami Heat have been on a tear as of late.

In fact, since they fell to 11-30 in mid-January, they’ve only lost a total of three games to put their record at 27-33. Now, as of March 1, Heat head coach Erik Spoelstra has been recognized by the NBA as the Eastern Conference Coach of the Month for February.

Spoelstra earned the award after orchestrating one of the greatest turnarounds for any team in NBA history. He even led the Heat on the longest win streak of any team this season by winning 13 games in a row. That marks the best such streak for a team under .500 in league history.

“It’s a culture award, it’s an organization award, that’s how we view it,” Spoelstra said. “If it happens it usually means there has to be some wins involved. As an organization we’ll take it.”

Spoelstra and his Heat will look to continue their winning ways Wednesday night when they face off against the Philadelphia 76ers at American Airlines Arena.
[xyz-ihs snippet=”Responsive-ImagenText”]