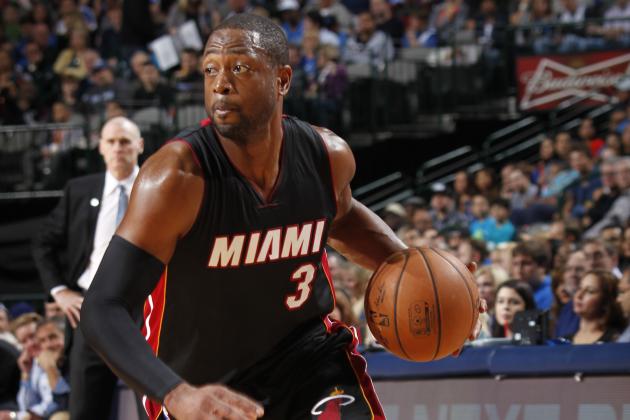 After a seven-game hiatus due to injury, it appears that Dwyane Wade is ready to make his return.

Ira Winderman of The Sun Sentinel reports that Wade should make his return on Sunday versus the New York Knicks after missing the last seven games due to a hamstring injury.

Dwyane Wade said his goal is to “hopefully” play Sunday in New York after missing seven games with a strained left hamstring.

The Miami Heat have struggled in the absence of their star player, going just 3-4 after starting out the season 5-3 in the games Wade has played in. The 32-year-old shooting guard is averaging 19.8 points per game on 50.8 percent shooting to go along with 6.4 assists and 3.4 rebounds.

Wade injured his hamstring on a layup versus the Indiana Pacers on November 12. While the veteran guard has stated his intention to return Sunday, there is no official decision regarding when Wade will exactly return.

The Heat will take on the Knicks at Madison Square Garden at 7:30 EST Sunday on Sun Sports.
[xyz-ihs snippet=”Responsive-ImagenText”]