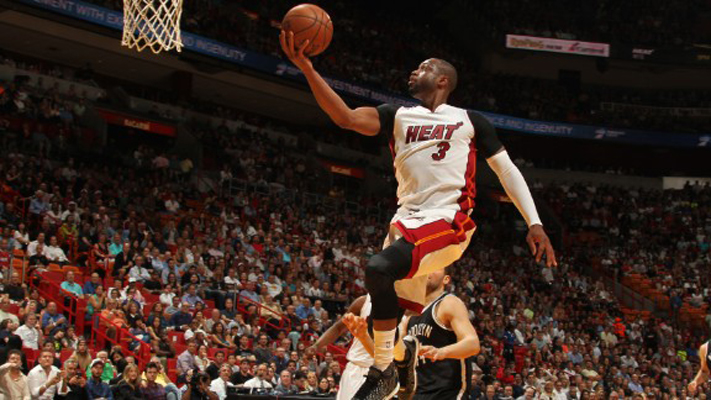 After missing the last two games with neck and back issues, Miami Heat guard Dwyane Wade returned to the practice floor on Monday. The 12-time All-Star, who missed the Heat’s 112-106 win over the Sacramento Kings on Friday and 110-93 loss to the Portland Trail Blazers on Saturday, injured himself in a fall during the Heat’s loss against the Los Angeles Lakers last week.

Wade commented on his his status after partially going through practice Monday via the Sun Sentinel:

The 34-year-old, who has played in 68 of the team’s 76 games so far, could use all the rest he needs as the Heat, who clinched a playoff berth Saturday, get ready for the postseason. However, with the third and fourth seed up for grabs, the ability to acquire home-court advantage in the first round remains in the Heat’s grasp.

With the playoff battling Detroit Pistons and Chicago Bulls in town this week, the Heat just may need Wade’s services to stay in contention for a favorable playoff spot. If Wade can’t go tomorrow vs. the Pistons, look for Gerald Green to continue to filling in for the veteran. Green has averaged 18.5 points in his last two games.
[xyz-ihs snippet=”Responsive-Ad”]