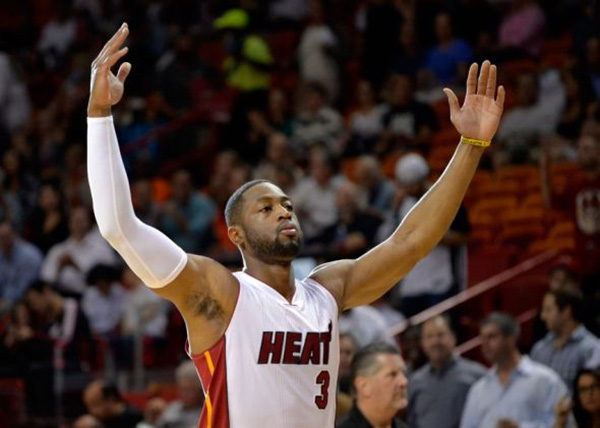 The day has finally come Miami Heat fans, Dwyane Wade has officially agreed to a one-year, $20 million deal with the Heat.

Wade was initially seeking a long-term deal with Miami, however the new deal works out for both parties as the 2016 offseason will have a plethora of big name free agents as well as a huge jump in salary caps for teams due to the NBA’s new TV deal.

The three-time NBA champion originally opted out of his $16.1 million player option for the 2015-16 season.

“The Heat family and I have shared incredible moments over the years and I look forward to continuing our journey,” said Wade.
[xyz-ihs snippet=”Responsive-Ad”]