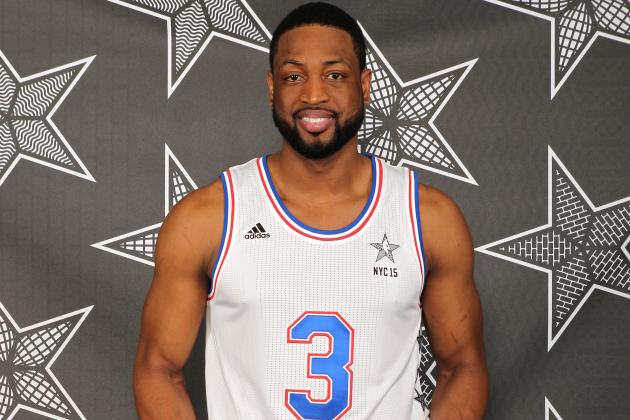 As expected, and probably in the best interest of the Miami Heat, Dwyane Wade will continue to nurse his strained right hamstring until after the All-Star break.

Dwyane Wade will not play in this weekend’s NBA All-Star Game.

This means that Wade, who was set to make his 11th NBA All-Star appearance, will also miss Wednesday’s game against the Cleveland Cavaliers.

“I could play (tomorrow vs Cleveland) but it would not be the smart thing to do,” said Wade.

Although the Heat could desperately use Wade’s 21.4 points and 5.4 assists per game at the moment, Dwyane and the Heat are thinking long term, and that includes a post All-Star break playoff push.

“We have a run to make after the All Star break to solidify a playoff seed,” said Wade after practice on Tuesday.

Mario Chalmers will continue to see extended playing time at the shooting guard position, while Tyler Johnson will also see an uptick in playing time in the reserve role.

As for Wade’s replacement in the 2015 All-Star game, the three-time NBA champion is hopeful that Milwaukee Bucks point guard Brandon Knight is chosen, according to ESPN’s Tom Haberstroh.

Also note that Wade was a full participant in today’s practice and expects to travel with the team tomorrow night against the Cavs.