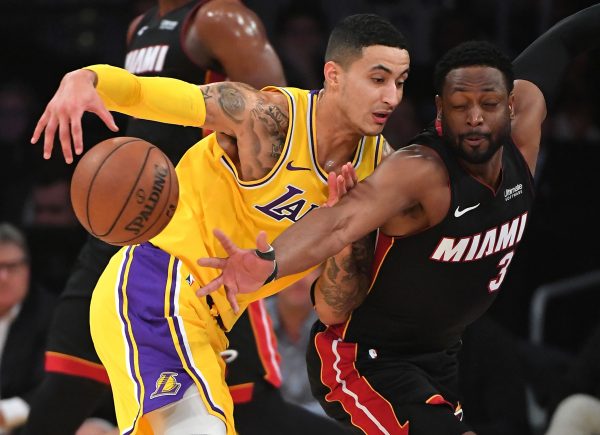 Miami Heat guard Dwyane Wade could be out longer than expected.

The Heat icon has been dealing with a back injury that’s bothered him for the past few games, per Clark Spencer of the Miami Herald:

“My back has been bothering me,” Wade acknowledged. “This whole trip it’s been bothering me. I’ve been playing through it. (But I) woke up this morning very tight. It just hurts. It isn’t going in and out like a spasm. It’s just there. Tight.”

Wade, 36, sat out Friday night against the Memphis Grizzlies. Although this is the first time the veteran has complained about the injury, he played through it the last couple games. In fact, Wade was considering sitting out in Los Angeles last Saturday.

“I wasn’t going to play the Clippers game,” Wade said. “But we were down Goran [Dragic] and J-Rich (Josh Richardson), and I ended up playing, ended up playing a lot of minutes too, and we got the win.”

It’s commendable to see the 16-year pro putting his body on the line and playing for his injured teammates. On the season, Wade is putting up 14.5 points and 3.9 assists per game. While the three-time champion isn’t at his peak anymore, he’s giving the league a show to watch. In Toronto a few weeks ago, the 2006 NBA Finals MVP posted 35 points, six assists and five rebounds on 59 percent shooting from the field.

Although Wade isn’t putting up those numbers every night, fans are savoring the final moments they get to witness the Heat’s all-time leading scorer. The next city on Wade’s retirement tour is New Orleans; however, the guard isn’t sure he’ll take the floor.

“Sunday? We’ll see how it feels,” Wade said. “Obviously you want to play through things in the NBA. But I can’t do much right now.”