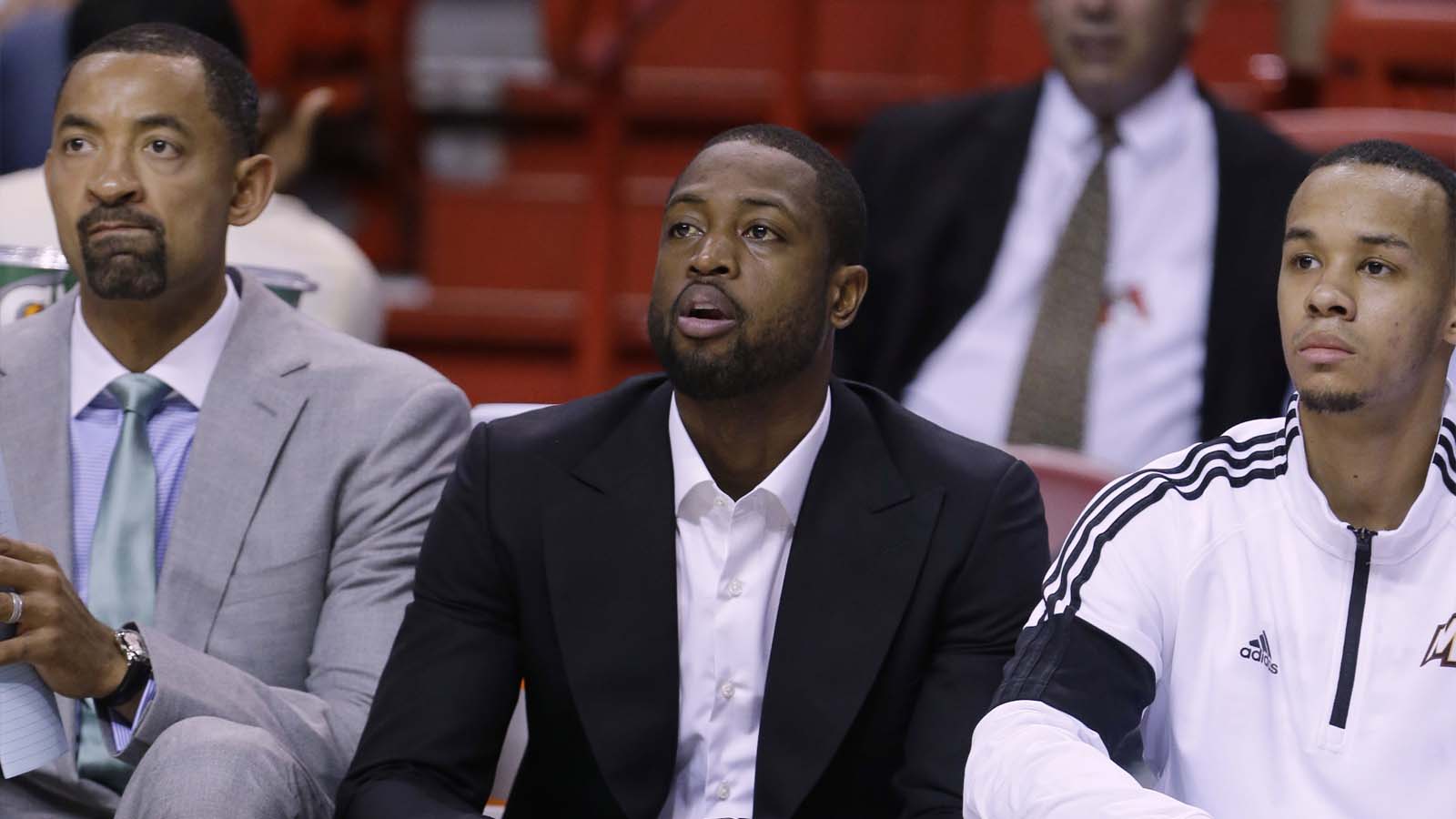 Dwyane Wade and Luol Deng are both considered doubtful for Thursday’s game, Shandel Richardson of The Sun Sentinel reports.

Erik Spoelstra stated that both starters missed Wednesday’s contact drills during practice. Wade has sat out the past three games due to a hamstring injury, while Deng missed his first game of the season in the win over the Brooklyn Nets on Monday night because of a wrist injury. The Heat have been 1-2 in Wade’s absence.

While two of the Heat’s top offensive options are considered doubtful versus the 5-4 Clippers, Josh McRoberts is expected to return after missing the last three games due to a toe blister.

Spoelstra remained cautious however, in determining if McRoberts was ready for Thursday’s game:

“That was encouraging. We’ll see. There’s no way to tell. We’ll have to see how his foot responds.”

In seven appearances this year, McRoberts has averaged 2.6 PPG and 2.7 RPG in just 12.3 minutes per game.

The Heat take on the Los Angeles Clippers at the American Airlines Arena at 8:00 pm EST on TNT Thursday night.
[xyz-ihs snippet=”Responsive-ImagenText”]