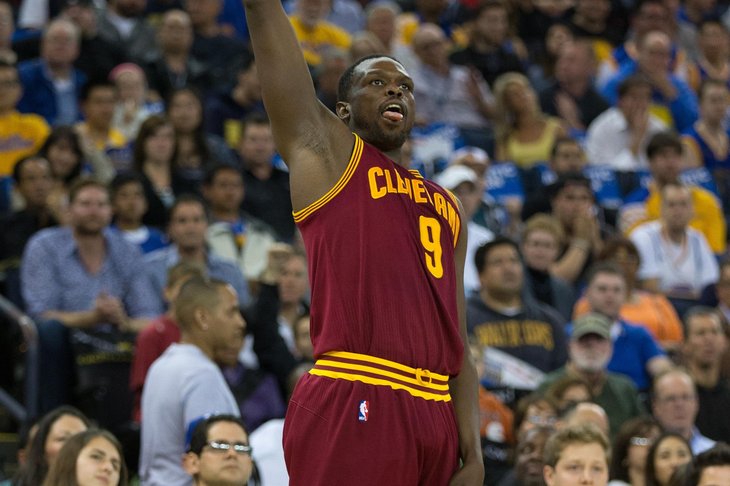 Out with LeBron, in with Luol.

The Miami Heat’s post-LeBron James roster rebuild has continued with another major addition, as Luol Deng has agreed to a two-year, $20 million deal to play in South Beach, according to Adrian Wojnarowski of Yahoo! Sports. Deng will have a player option in the second year of his contract, according to Wojnarowski.

Deng, who reportedly was not willing to sign with the Heat and play in a reserve role to James, is currently set to be the starting small forward in a lineup that is beginning to look more impressive by every free-agent acquisition. The 29-year-old veteran averaged 16 points and 5.7 rebounds per game playing with both the Chicago Bulls and Cleveland Cavaliers last season. Deng is used to playing big minutes every game, as he’s averaged 35 minutes per game over his career. His defensive prowess and ability to knock down jumpers helps solidify the small forward position in the wake of James’ departure.

Deng had been in contact with the Heat since last week and had met with team president Pat Riley and Head Coach Erik Spoelstra last weekend to discuss a deal. The Heat is working out contracts to retain Dwyane Wade, Udonis Haslem and Chris Andersen. Despite losing James, the Heat is making a strong case for biggest winner in free agency with its All-Star front court tandem in Deng and Chris Bosh, along with quality pick-ups Danny Granger and Josh McRoberts.