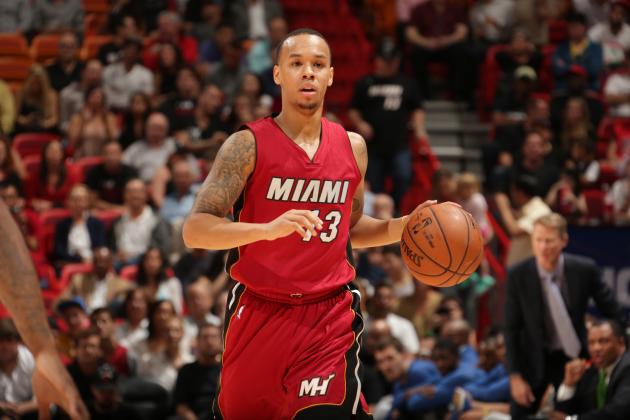 After the Miami Heat announced earlier this afternoon that they have waived shooting guard Andre Dawkins, Barry Jackson of the Miami Herald has reported that point guard Shabazz Napier will be rejoining the team as they face off against the Portland Trailblazers on Thursday night.

Napier was recalled from the D-League after seeing averages of 18.6 points and four assists through three games.

Heat head coach Erik Spoelstra said the D-League assignment was essential for the development of Napier.

“Actually, better as he went along in every part of it in terms of his attitude, his leadership, his defense, his work ethic,” Spoelstra said. “On the off days, they’re going twice a day. It’s been a good experience to get minutes. These aren’t long stretches when he goes. Geographically, we make the best of it. He got something out of it.”

Napier joins a Heat squad that is desperately looking for some consistency at the point guard position.
[xyz-ihs snippet=”Responsive-Ad”]