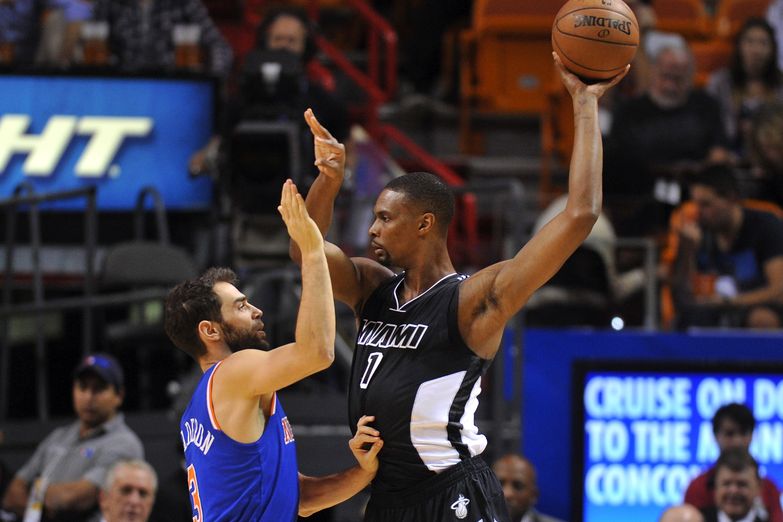 In wake of one of the biggest blockbuster trades of the season, it looks like the Miami Heat will be without its starting power forward in Chris Bosh as they face the New York Knicks on Friday.

INJURY UPDATE: Chris Bosh (illness) is not traveling with the team to New York for tomorrow night’s #HEATgame vs the Knicks.

Bosh, who joined teammate Dwyane Wade recently in Haiti for a two-day vacation, came back to Miami with an unspecified illness.

“I hope it’s not the flu,” coach Erik Spoelstra said of Bosh, “but definitely under the weather.”

Bosh hopes to rejoin the team (and hopefully a pair of new faces) when they host the New Orleans Pelicans on Saturday night at American Airlines Arena.
[xyz-ihs snippet=”Responsive-Ad”]