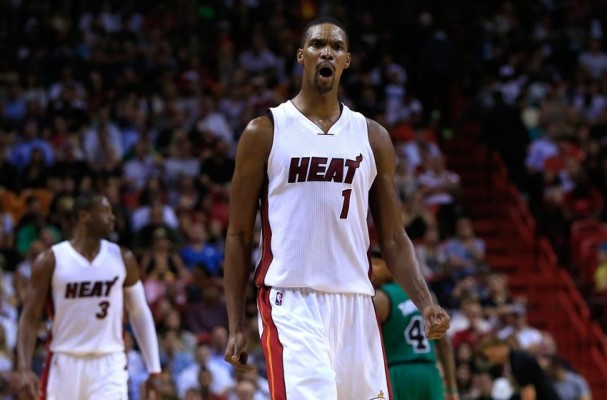 For the 11th time in his already-impressive NBA career, Miami Heat power forward Chris Bosh has been selected as an All-Star for the Eastern Conference.

The selection is certainly well-deserved and makes perfect sense, as Bosh continues to have a very good 2015-16 season. In 46 contests so far for the Heat, he is averaging 19.2 points, 7.6 rebounds and 2.5 assists per game.

Most impressive about Bosh’s season is that he is already within one three-pointer of tying his career high for a regular season, which was 74 back in the 2013-14 campaign.

As a reward for his improved shooting from behind the arc, Bosh will also participate in the Foot Locker Three-Point Contest on February 13th.

Bosh, who will return to the city where he played his first seven NBA seasons with the Toronto Raptors, will join his teammate Dwyane Wade.

Wade, a 12-time All-Star himself and a starter in this year’s game, was quick to take to Twitter to congratulate his teammate.

The 2016 All-Star Game, which will be held at Air Canada Centre in Toronto, is scheduled to tip off shortly after 8:30 pm ET on February 14th and will be broadcast nationally on TNT.
[xyz-ihs snippet=”Responsive-Ad”]