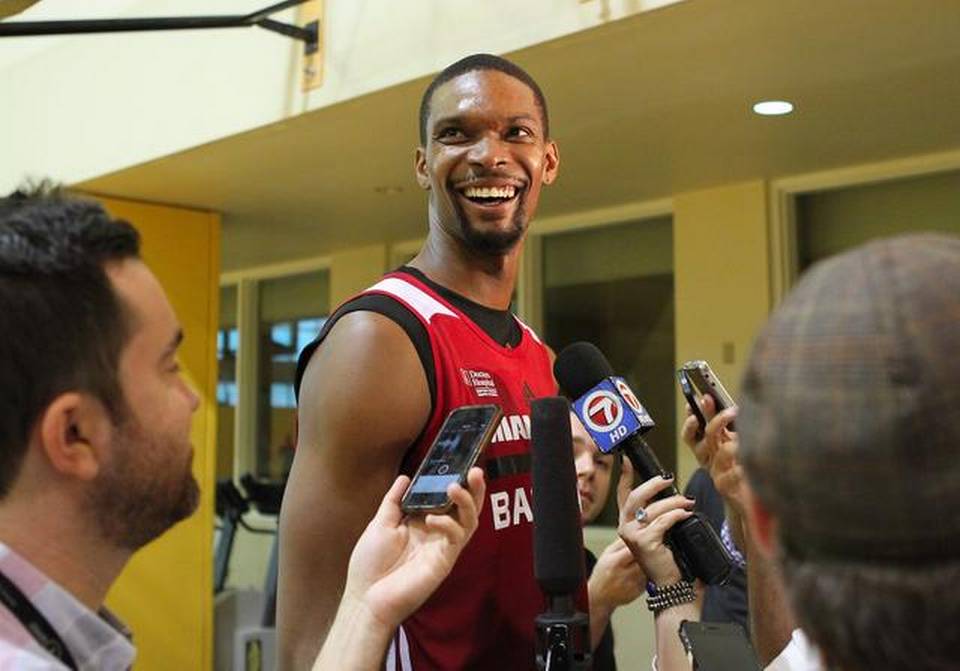 After sitting the past eight games with a strained right calf, it looks as though center Chris Bosh is finally set to make his return Monday night when the Miami Heat face the Orlando Magic.

Spoelstra says Bosh is expected to play. Went through shootaround.

The Heat have gone 3-5 without the presence of Bosh and lost four of their last 6 games at home including getting blown out by the Chicago Bulls and Utah Jazz.

Bosh is averaging 21.6 points and 8.2 rebounds per game this year, his highest scoring average and second highest rebounding average since putting on a Heat uniform in 2010.