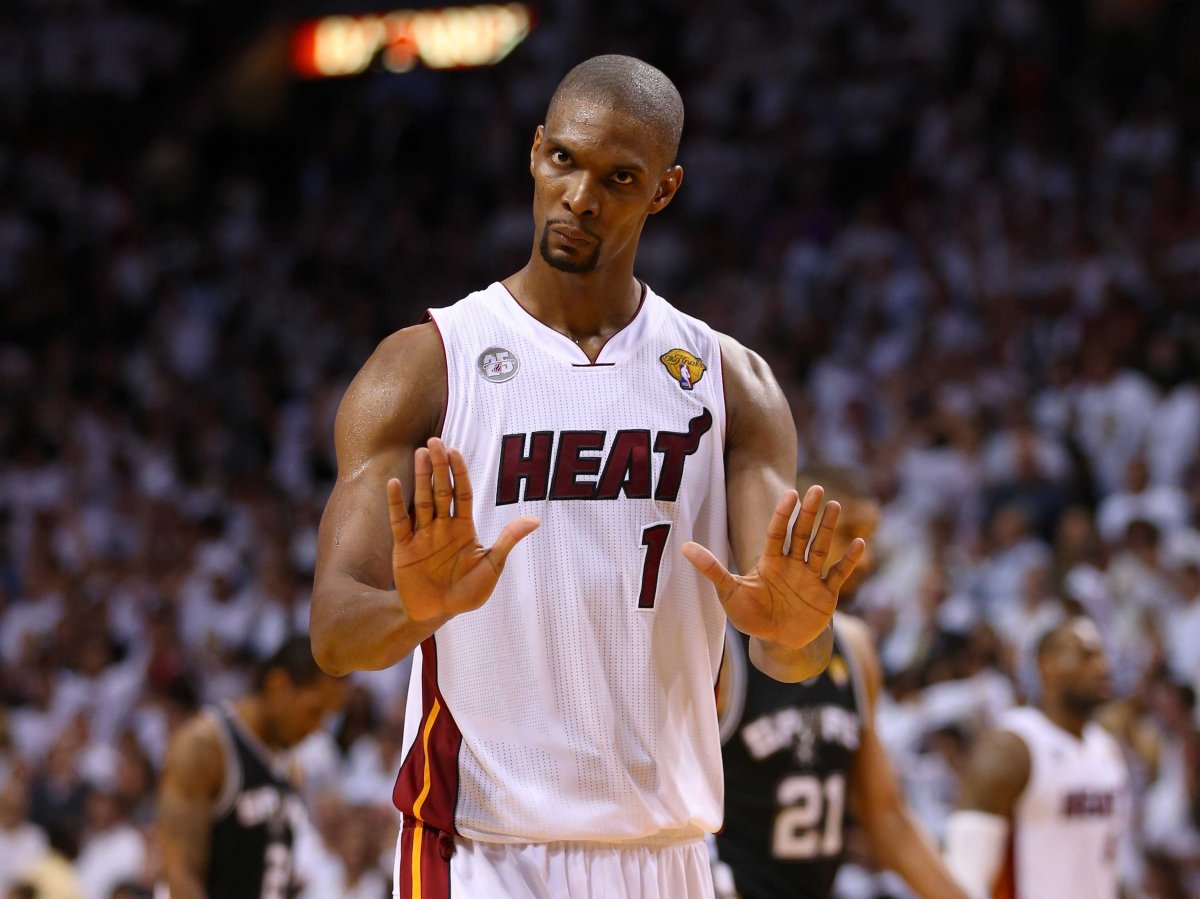 After losing the free-agency battle with the Cleveland Cavaliers for LeBron James, the Miami Heat are on the verge of preventing another major setback. According to Adrian Wojnarowski of Yahoo! Sports, Chris Bosh has reached an agreement on a five-year, $118 million contract to remain with the Heat. The Houston Rockets were seemingly nearing a deal to land Bosh after trading Jeremy Lin to the Los Angeles Lakers, but Bosh is reportedly set on remaining in South Beach, possibly with Dwyane Wade.

Bosh, who averaged 16.2 points and 6.6 rebounds per game last season, anxiously awaited James’ decision as the Rockets had a four-year, $88 million deal on the table for him to sign. After James chose to return to the Cleveland Cavaliers after four years, all signs pointed to Bosh joining James Harden and Dwight Howard in Houston, especially considering the fact that Bosh is a native Texan and had been adamant about continuing to play with James. However, Bosh will return to South Beach for five more seasons to help replenish a Heat roster with several free agents to choose from and plenty of salary cap flexibility in the aftermath of James’ departure.

More importantly, Bosh’s return may influence Wade to re-sign, as the recent signings of sharp shooter Danny Granger and veteran forward Josh McRoberts can suddenly keep the four-time defending Eastern Conference Champions in playoff contention. Wade and Udonis Haslem (also an unrestricted free agent after opting out of his contract) are both being asked by the Heat to re-sign on shorter deals, according to Yahoo! Sports. Together, Wade and Bosh would have the marketing power to attract several key free agents, despite the black eye that James’ departure dealt on the team’s hopes for another run at the NBA Finals. Overall, Bosh’s decision to remain in South Beach is a strong response towards such a catastrophic loss for the Heat, which still has the opportunity to keep two-thirds of the Big Three and remain a playoff threat next season.