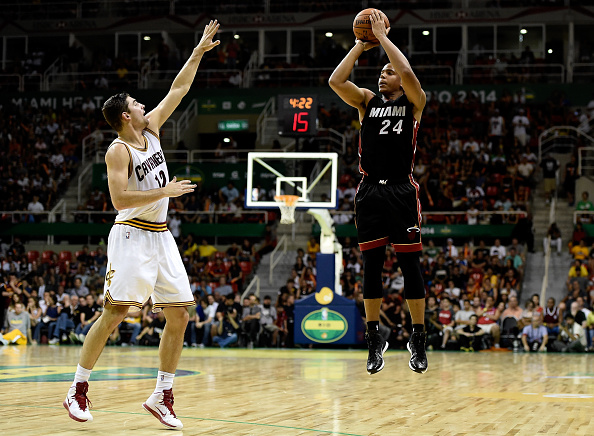 It appears the Miami Heat will be bringing back a familiar face.

Andre Dawkins was recalled from the Sioux Falls Skyforce early Sunday following a 42-point performance on Saturday night versus the Texas Legends. During his scoring binge, Dawkins shot 12-of-15 on 3-pointers while going 14-of-18 overall from the field.

Dawkins’ stay at Sioux Falls lasted a total of eight games, where he averaged 20.9 points and shot .453 from beyond the arc. Before being sent to the D-League, the undrafted rookie had totaled three points and a rebound in three appearances with the Heat this season.

In three appearances during the preseason, the University of Duke product averaged 10.3 points per game, including a 16-point performance versus the San Antonio Spurs, which lifted the Heat to a 111-108 victory.

Coach Erik Spoelstra stressed that Dawkins’ D-League stint was for the purpose of improving his rebounding and defense.

With Chris Bosh continuing to be sidelined due to a calf injury, Miami will need Dawkins’ three-point shooting to give the offense another dimension. The shooting guard shot 58.3 percent from three-point range during the preseason.

The Heat will take on the Boston Celtics at American Airlines Arena at 6:00 pm EST Sunday night.