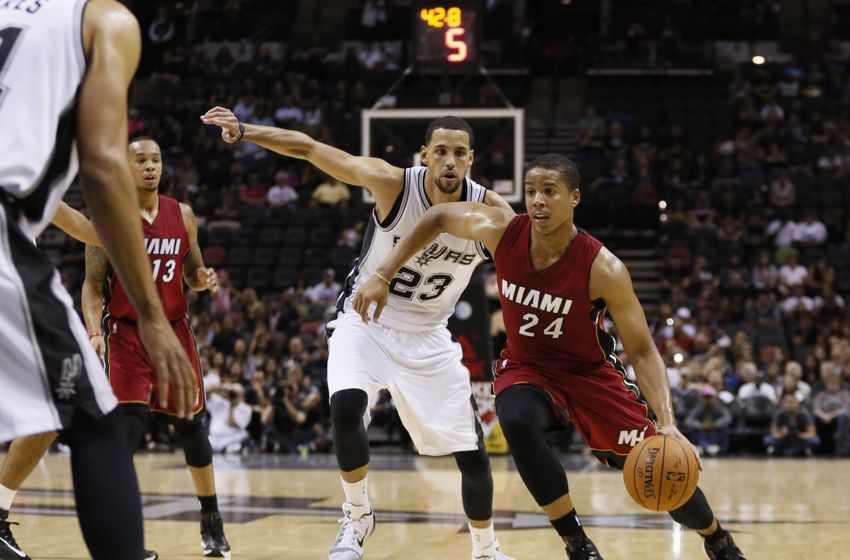 It would appear the Miami Heat are leaving one man behind for their upcoming five-game road trip.

It was announced early Thursday morning that rookie guard Andre Dawkins will be assigned to the Sioux Falls Skyforce. Despite being sent to the Heat’s D-League affiliate, Dawkins will still count as one of the 15 players on Miami’s roster. It is common practice for a player to be temporarily sent to a team’s D-League affiliate when embarking on a prolonged road trip.

The Heat will play in Milwaukee on Friday night versus the Bucks before culminating the road trip next Friday in Utah versus the Jazz.

Despite a lack of depth at the guard positions and the release of Shannon Brown last week, Dawkins has seen minimal playing time. The undrafted rookie hasn’t seen action in the past seven games, and he’s been inactive for the last three contests. The Duke product has played in just three games with three points and one rebound in 13 minutes of playing time this season.

Although he will be with the Skyforce, Dawkins remains property of the Heat, and cannot be claimed by any other NBA team.