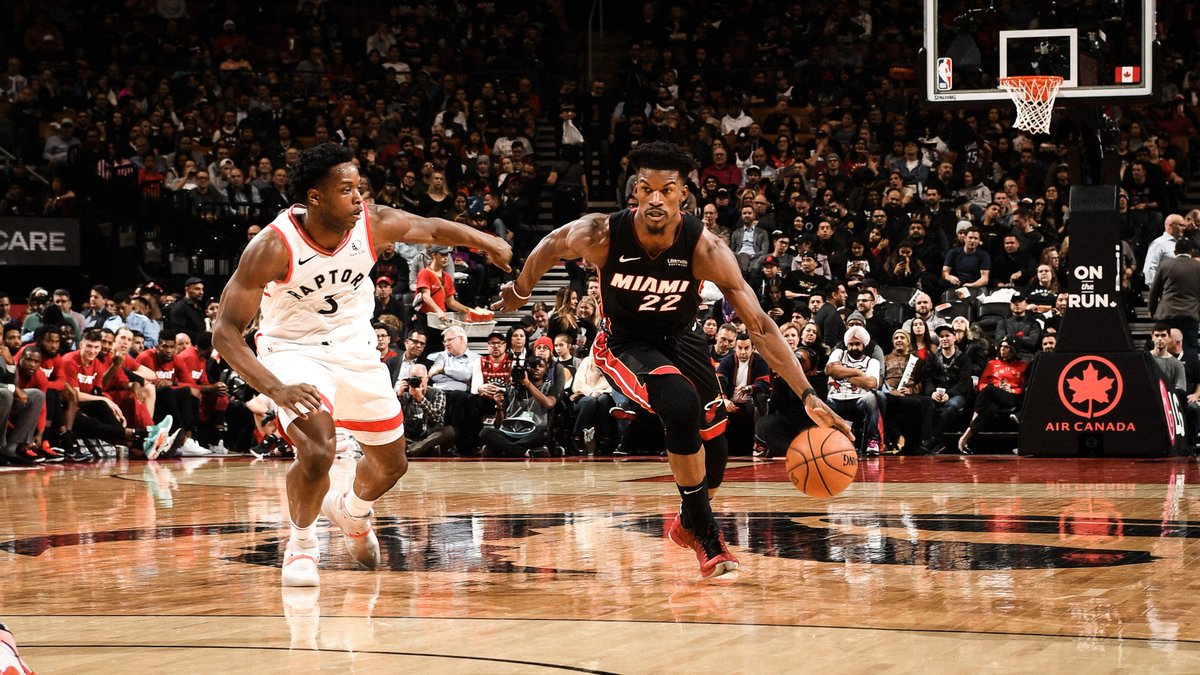 Perhaps the most surprising team so far this NBA season hit new heights on Tuesday.

Not only did the Miami Heat defeat the Toronto Raptors 121-110 in overtime, but they also tied a franchise record for their best start after 20 games.

Not only did Jimmy Butler shine, but Justise Winslow, who had been struggling, also showed some spark. He scored 17 points on 8-of-17 shooting from the field, to go along with nine rebounds and four assists.

Bam Adebayo continued his solid play of late with 18 points and seven rebounds. But where the Heat really shone was on the defensive end.

They held the Raptors to 38.5 percent field-goal shooting and rising star Pascal Siakam to 5-of-14 shooting from the field.

The Heat will be tested somewhat this month, as they will face the Boston Celtics, Los Angeles Lakers, Dallas Mavericks, Utah Jazz and the Philadelphia 76ers.