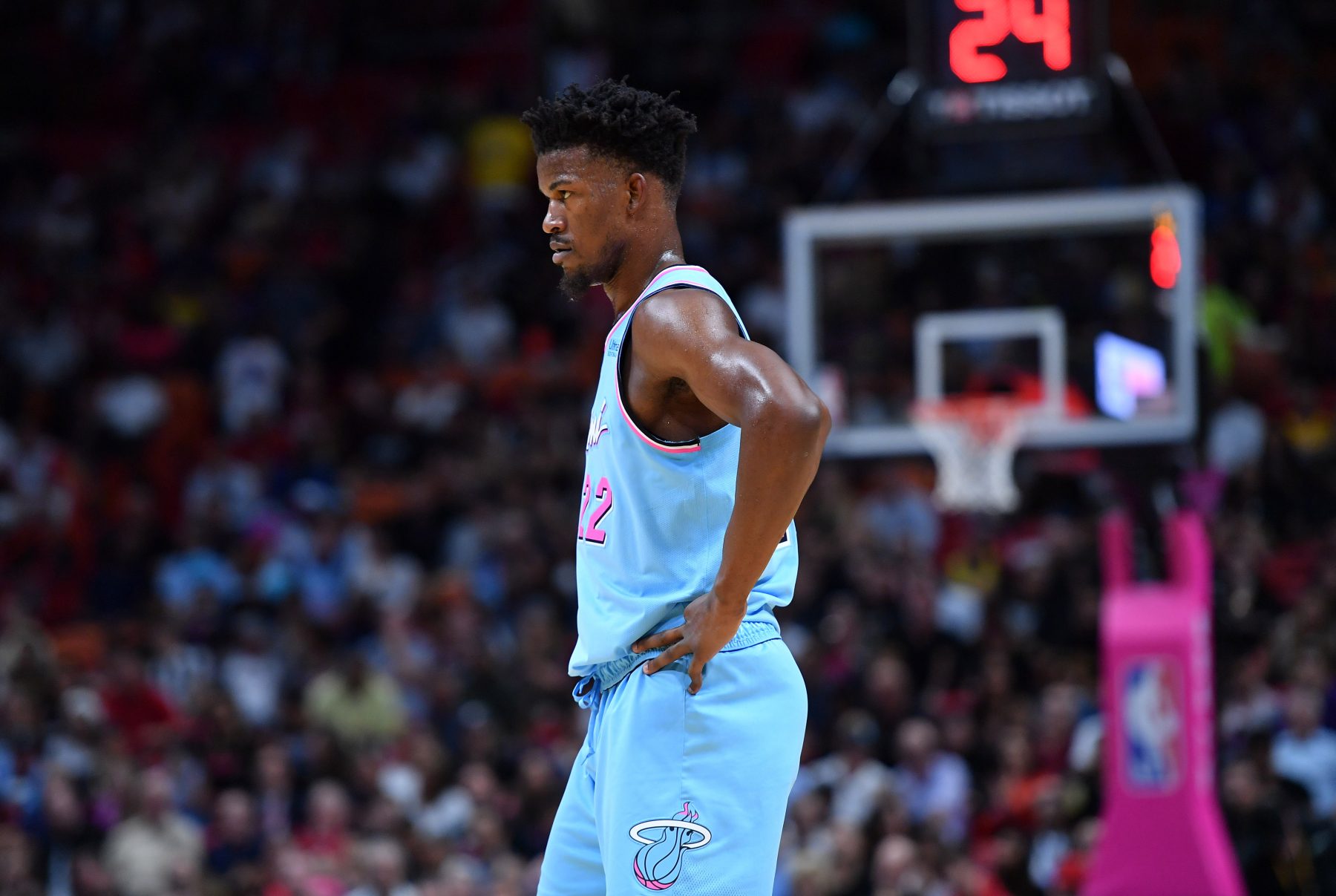 The Miami Heat will take on the Portland Trail Blazers on Sunday night, and they’ll do it without Jimmy Butler.

The four-time All-Star will miss the game with a back injury.

So far this season, Butler has acted as the engine behind Miami’s success. He’s averaging 20.4 points, 6.9 rebounds and 6.6 assists per game.

Despite their strong start to the season, the Heat have dropped two of their last three games. They need to get back on track if they want to stay near the top of the Eastern Conference.

Recently, Butler criticized his team’s lack of dedication to the defensive end. He will surely be missed in Sunday’s matchup as one of the best two-way stars in the NBA.

Hopefully, Derrick Jones Jr., who will be starting in his place, will be able to carry the load that Butler usually bears.