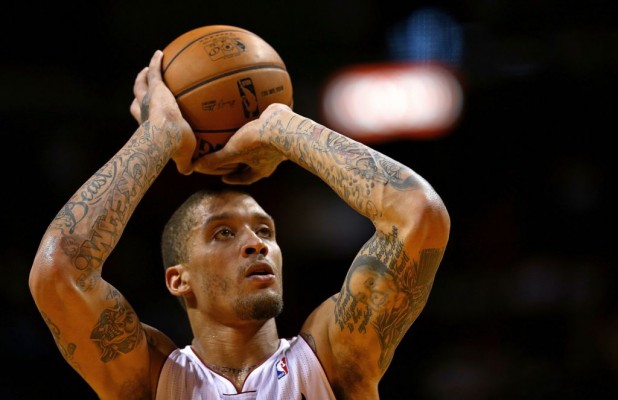 It appears Michael Beasley’s stint with the Miami Heat will continue for at least another 10 days.

The seven-year NBA veteran has immediately become a key player in the rotation despite having been signed on February 26. He made his season debut just a day after signing, posting seven points and two rebounds in 10 minutes of action in a 104-102 loss to the New Orleans Pelicans.

Overall, he has appeared in six games while posting averages of 10.5 points, 4.2 rebounds and 23.6 minutes. His best two performances have been in his last two appearances. In a 99-97 loss to the Washington Wizards, Beasley had 13 points and three rebounds in 22 minutes of playing time. More recently, the small forward had a season-high 18 points and seven rebounds in 38 minutes in a 114-109 overtime win over the Sacramento Kings.

His 17 shot attempts versus Sacramento was second on the team, only behind Dwyane Wade. His scoring output was the third highest total on the Heat, trailing just Wade and Tyler Johnson.

Due to Beasley’s previous tenures with the franchise—he was drafted with the No. 2 overall pick by Miami in 2008 and spent the 2013-14 season with the Heat—he is quickly becoming one of the team’s top go-to options in the offense.

At the culmination of this current 10-day contract deal, the Heat will be forced to either sign Beasley for the remainder of the season, or allow him to walk through free agency.
[xyz-ihs snippet=”Responsive-ImagenText”]