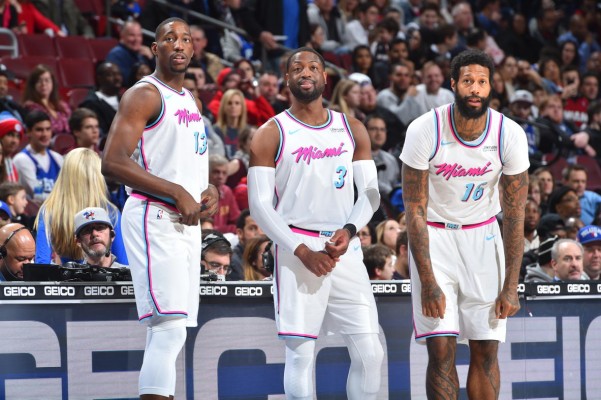 The Miami Heat‘s rotation seemed somewhat thin in Wednesday’s win over the Atlanta Hawks on Wednesday when Dwyane Wade, Goran Dragic, and James Johnson all sat out with injuries.

However, Miami will be back to full strength for Friday’s game against the New York Knicks after the team’s official Twitter page announced that all three players will be active for the upcoming matchup.

While Dragic and Johnson haven’t missed much time as of late, Wade missed five games due to injury last month, so it is good to see that his absence on Wednesday wasn’t due to anything more serious.

With all three players returning to action, the Heat are back at full strength with just three games left before the end of the regular season. Pair that with the fact that Miami has won four of its last five games, and seven of its last 10, and it seems clear that this squad is quite ready to try to make a deep playoff run.
[xyz-ihs snippet=”HN-300×250-TextnImage”]