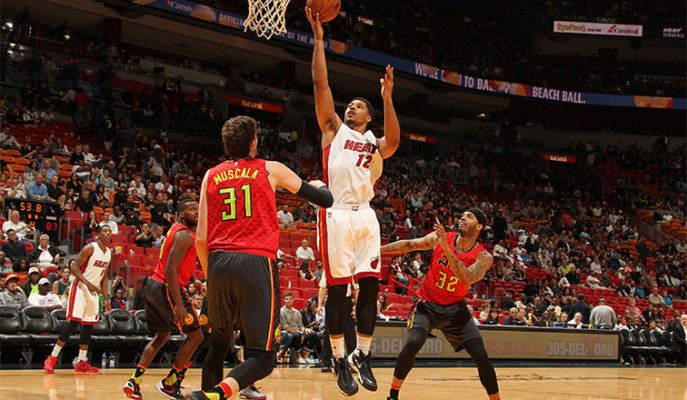 The Miami Heat are under a week away from their first game of the 2018-19 season, and one of the last things that had to take place before their opening game was the final round of roster cuts. Those cuts took place on Saturday morning when Miami cut its roster from 18 down to 14.

The news was announced on the Heat’s official team website:

While Putney and Purvis were both relatively recent signings, joining the Heat on Oct. 6, Weber and Stokes spent much of the offseason as members of the Miami roster, signing on Aug. 21 and Aug. 27 respectively.

Out of the four final cuts, Weber seemed to have the best chance of making the final roster throughout the preseason. He showed the ability to be quite productive in his five preseason appearances, averaging 9.0 points, 3.0 assists, and 2.6 steals per game.

Combine that with the fact that both Dion Waiters and James Johnson missed the entire preseason due to injury, it was somewhat of a surprise to see Weber’s name on the list of roster cuts.

He expressed his disappointment with the news of him being cut with a tweet on Saturday morning,

The four roster cuts bring the Miami roster to one less player than the 15-player maximum. Sun Sentinel‘s Ira Winderman explained that while the decision leaves the Heat somewhat short-handed, it does benefit them financially:

“The Heat are expected to open the season with 14 players because of their position against the punitive NBA luxury tax.

“Carrying a 15th player at the league minimum would count at $1.48 million for purposes of the salary cap. But with the Heat into the luxury tax, the actual outlay for such a player would be roughly $4 million. Carrying such an additional player could also complicate a potential bid to get back under the tax by season’s end, when the tax is officially computed.”

It has been great to see these four players get an opportunity throughout the preseason. Hopefully, they’ll get another chance to continue their NBA careers elsewhere.
[xyz-ihs snippet=”HN-300×250-TextnImage”]