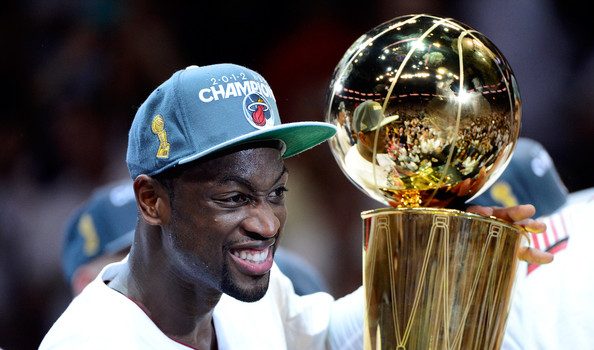 Miami Heat legend Dwyane Wade’s NBA career is officially in the books, but that doesn’t mean he’s likely to be forgotten anytime soon.

With the second decade of the 21st century coming to a close at the end of this year, NBA.com decided to provide fans with the First, Second, and Third All-Decade squads.

Wade was named to the Third Team.

With the 2010s era of the NBA coming to a close, we're looking back on the best of the decade that was. First up, the Third Team All-Decade!

During this time frame, Wade was ninth in the NBA in total points with 13,243. He also helped lead the Heat to two NBA championships during the Big 3 era.

While it will be hard to watch the Heat this season without Wade on the court, there is no doubt that he is still very much in South Florida in spirit.

Who knows, it’s possible that one day he will come back to the organization to take on an executive role in the future. Until then, fans everywhere have countless highlights to watch and rewatch whenever they get the urge to watch one of the best to ever do it.