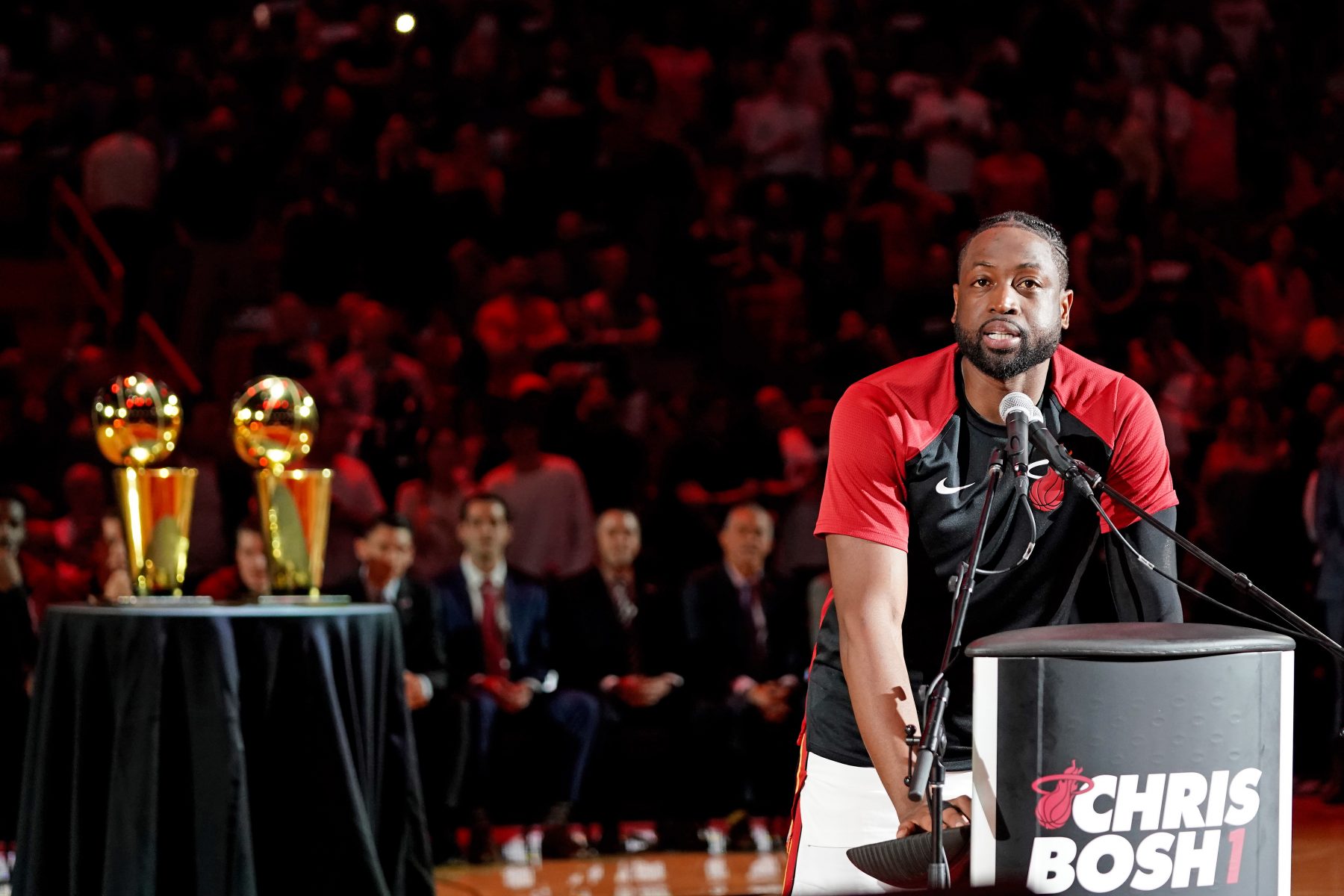 The Miami Heat are planning a pregame ceremony to celebrate Dwyane Wade’s career. The ceremony will commence at 7 p.m. EST before the Heat take on the Philadelphia 76ers at American Airlines Arena on Tuesday, April 9.

According to the Miami Heat’s website, the game will feature a retrospective video on Wade’s career, special guest tributes, exclusive memorabilia giveaways, and a fan address from Wade.

Tuesday’s game could wind up having a major impact on the Eastern Conference playoff picture. As a result, it could be the shooting guard’s final game in front of his home crowd.

The Heat are currently the eighth seed in the East, but the Orlando Magic trail them by just one game in the loss column. With games against the Boston Celtics, Minnesota Timberwolves, Toronto Raptors, 76ers, and Brooklyn Nets, Miami’s final five games won’t be easy.

Perhaps Wade can provide some heroics down the stretch of the season and will Miami into the playoffs. If so, he’ll have at least two more opportunities to show out for the Miami crowd. If not, at least the fans will have a chance to see Wade take the floor at American Airlines Arena one final time.
[xyz-ihs snippet=”HN-300×250-TextnImage”]