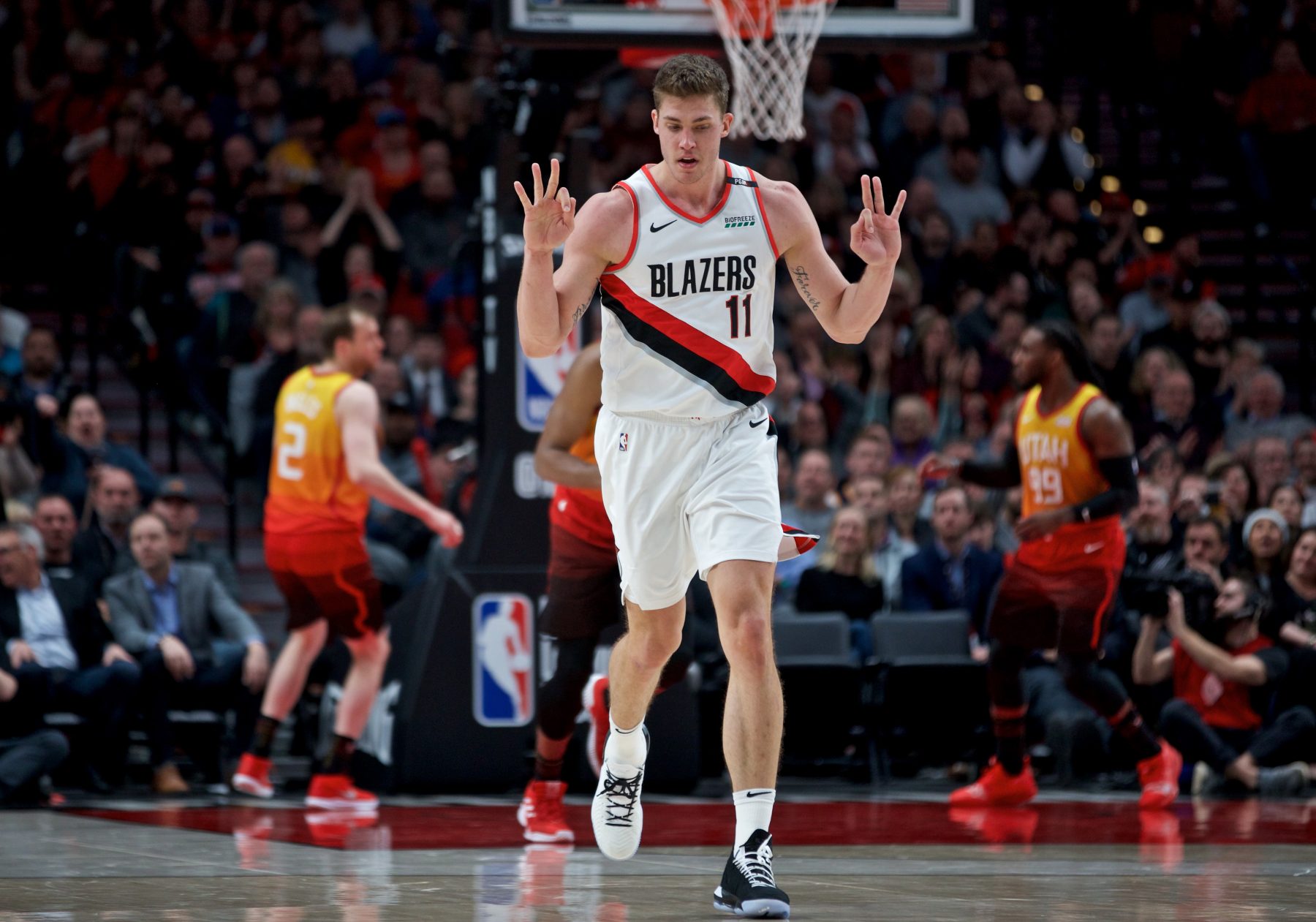 One of the hardest parts of an NBA player’s career is going through a trade.

Big man Meyers Leonard felt that this summer after the Portland Trail Blazers shipped him to the Miami Heat in a package for Hassan Whiteside. It appears the center’s first trade in the NBA hit home a little harder than most.

Leonard’s wife, Elle Leonard, opened up in a blog post about how the Heat’s newest addition was crushed following the transaction:

“It wasn’t long until my phone started ringing. It was Meyers. The looming drop that we’d been bracing for was happening. He couldn’t speak for long as I could tell he was experiencing the same shock as I was. But for him, it was on a deeper, more personal level.”

Leonard, 27, had played for the Trail Blazers his entire career. The seven-year veteran was drafted by Portland with the 11th overall pick in the 2012 NBA Draft.

Although he wasn’t the best player in the trade, Leonard has a great track record in the league. As a backup big, he has averaged 5.6 points and 3.7 rebounds per game in 15.5 minutes throughout his career.

Furthermore, Leonard has plenty of recent playoff experience with five trips to the postseason in the last six seasons.

While the Blazers parted ways with the big man despite the stellar game, the Heat will maximize Leonard’s abilities and potential this upcoming season.