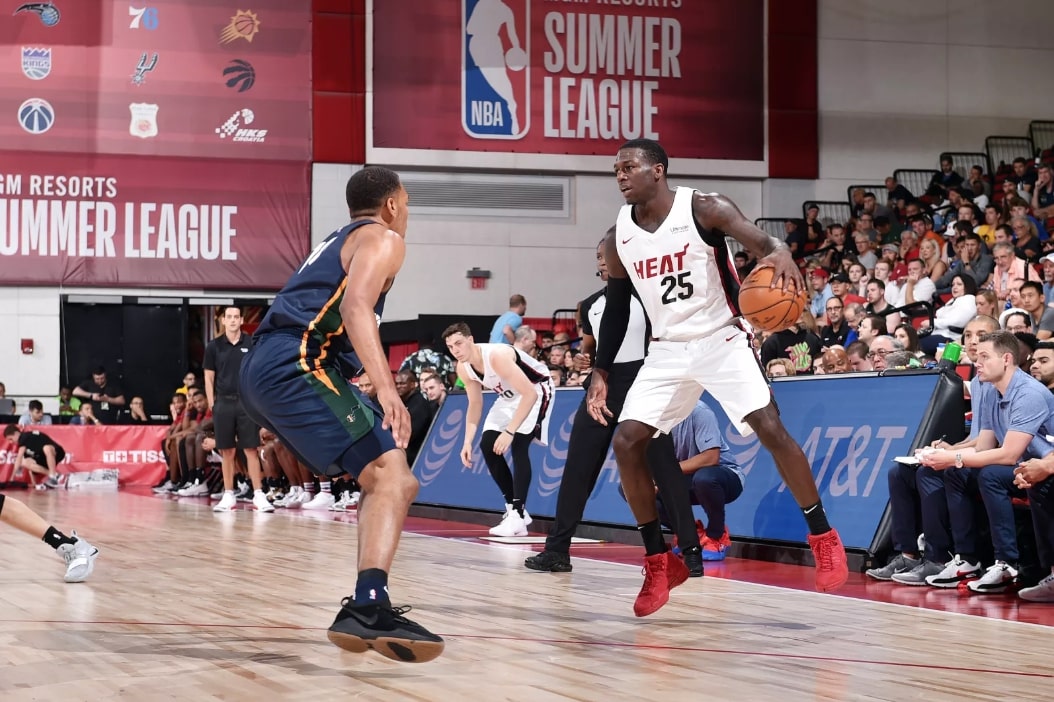 While Miami Heat first-round pick Tyler Herro impressed throughout the entirety of the Las Vegas Summer League tournament, fellow Heat youngster Kendrick Nunn has been turning a lot of heads as well.

In fact, Nunn was named to the 2019 NBA Summer League First Team on Monday.

In the six Summer League games that Nunn played in, he averaged 22.0 points, 5.2 assists, and 4.3 rebounds per game, while shooting 5o.5 percent from the field and 38.5 percent from beyond the arc.

Nunn first entered the NBA as an undrafted free agent last offseason when he signed with the Golden State Warriors.

He was released by the Warriors on Oct. 12, 2018 and subsequently spent much of the 2018-19 season with the Golden State Warriors’ G League affiliate Santa Cruz Warriors.

Nunn was signed by the Heat on April 10, 2019. While it is unclear what his future with the team holds, it seems he is making a serious argument to be added to the Heat’s active roster for the 2019-20 season.