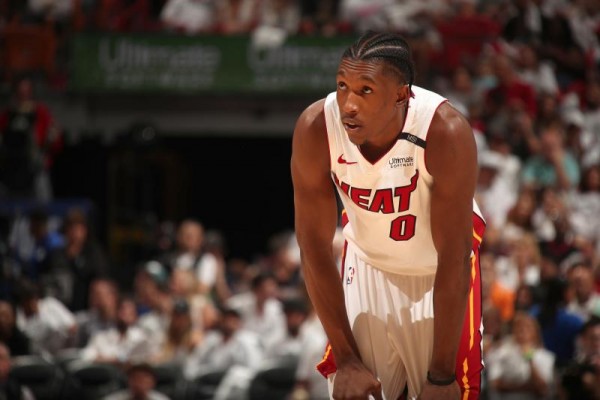 The Miami Heat enter their Game 5 playoff road matchup against the Philadelphia 76ers on Tuesday night facing tall odds to make a comeback from a 3-1 deficit. Accomplishing that feat may be even tougher after the Heat’s Josh Richardson missed Monday’s practice due to a shoulder sprain and is ruled questionable to play in the game.

Josh Richardson (left shoulder sprain) did not practice today and is questionable for Game 5.

Richardson injured his left shoulder during Saturday afternoon’s loss to the Sixers after a second-quarter collision connected to a loose ball scramble with Sixers center Joel Embiid. In the aftermath of the injury, a scuffle on the other end of the court between Miami’s James Johnson and Philadelphia’s Robert Covington broke out, with each player being assessed a technical foul.

In Saturday’s game, Richardson played 35 minutes in the contest, scoring 10 points, collecting seven steals, handing out seven assists and grabbing five rebounds. Losing those numbers for a crucial matchup would deliver another blow to the Heat and perhaps bring an end to their season.

There’s currently no indication when a decision will be made on Richardson’s status, though after the Tuesday morning shootaround or during pregame warmups are the most likely times.
[xyz-ihs snippet=”HN-300×250-TextnImage”]