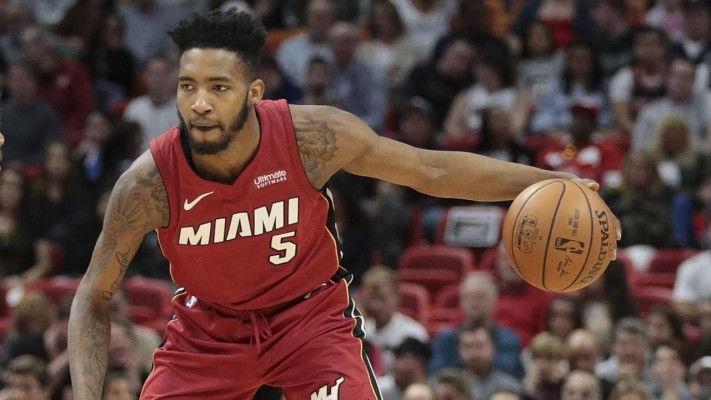 In the buildup to the start of free agency, the Miami Heat are conducting business with regard to the contract situations on their own roster. On Thursday, they made a decision on the status of small forward Derrick Jones Jr., who had signed a two-way contract during the 2017-18 season in the midst of a number of injuries to the Heat.

Possessed with excellent jumping ability, the 21-year-old Jones was signed on Dec. 31, three weeks after he had been released by the Phoenix Suns. He had played six games for the Suns and would go on to start eight of the 14 games he played in for the Heat.

During his Miami stint, the 6-foot-7 Jones averaged 3.7 points and 2.4 rebounds per game. He was ineligible to play during the Heat’s brief playoff run since he wasn’t a member of the team’s 15-man roster because of that two-way contract status.

Since Jones played this past season on that deal, the Heat only needed to make a qualifying offer of $77,000, according to Ira Winderman of the Sun Sentinel.

Thus far during the offseason, the Heat have chosen not to pick up the option of Jordan Mickey and must make a decision soon on Derrick Walton Jr., who also signed a two-way contract.

A bigger decision awaits for Miami on whether to pick up Rodney McGruder‘s guarantee for his contract. That needs to be made by the end of June, with decisions on the team’s four remaining free agents following when July arrives.
[xyz-ihs snippet=”HN-300×250-TextnImage”]