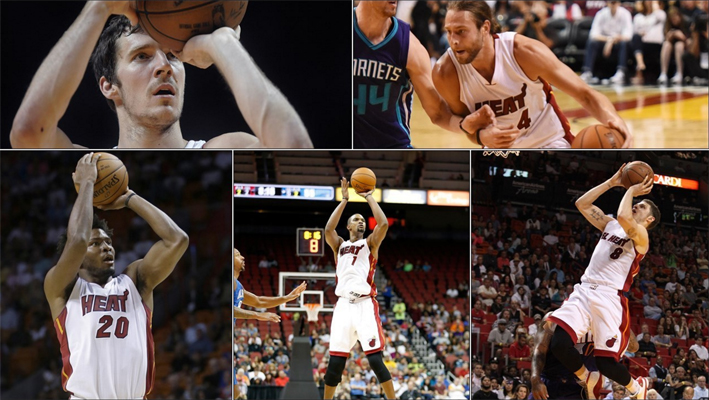 According to multiple reports, the Miami Heat will hold training camp in the Bahamas this year. They are planning two-a-day practice sessions at the Atlantis Paradise Island resort from Sept. 27 to Oct. 1.

Heat will conduct two-a-day practice sessions at the Atlantis Conference Center in the Bahamas.

This won’t be the first time the Heat have traveled to the Bahamas for training camp. The 2013 “Big Three” team also held their camp at Atlantis. Coach Erik Spoelstra has been a fan of going away for training camps because he thinks it helps build team bonding and chemistry.

“It’s an opportunity for us to be around each other for all the in-between times. I like that the most,” he said last year, when the Heat held camp at Florida Atlantic University. “We’re going to practice. We’re going to do that always. But when you’re away, you’re able to some other things.”

The team will use this camp to cut their current roster of 19 to the league maximum 15 for the beginning of the season. There are some rookies like Stefan Jankovic and Okaro White that are expected to be stowed away in the D-League for the time being. However, there will also be players competing for the final spots on the roster like Briante Weber and Rodney McGruder.

The Bahamas Minister of Tourism Obie Wilchcombe had this to say about the Heat’s decision to hold camp on the island:

“The Miami Heat’s decision to hold its fall training camp in The Bahamas for a second year is indicative of something very special going on in our destination. The Bahamas has established itself as a world class sports tourism destination and we look forward to welcoming the Miami Heat’s players, coaches and executives.”