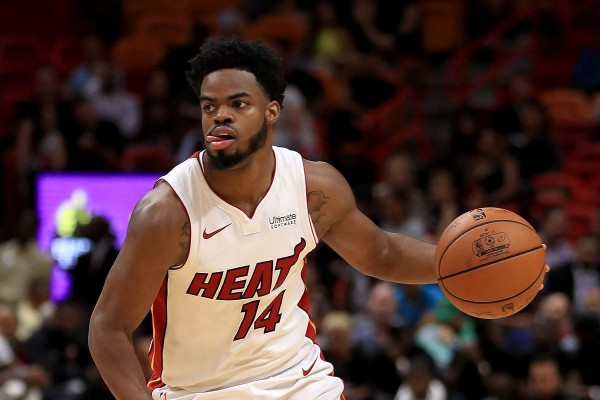 The Miami Heat on Wednesday extended a qualifying offer on a two-way contract to Derrick Walton, Jr., which will only cost the team a $50,000 guarantee. By doing so, Walton is now a restricted free agent, which means that any offer from another team can be matched by the Heat.

Ira Winderman of the Sun Sentinel indicated that another team could conceivably present a standard contract offer to Walton. The Heat must then decide whether to match the contract and whether to use a roster spot on Walton

Derrick Jones Jr. also received a qualifying offer, with Winderman explaining how their situations will develop:

“Until Walton and Jones decide on their qualifying offers, the Heat are allowed to sign up to two other players to two-way contracts. At that stage, the Heat then would have to decide which two players to retain under such a delineation. The Heat are allowed to pull the qualifying offers to Walton and Jones any time before July 13.”

Both Walton and Jones will be playing for the Heat’s summer league teams, with the only other contract concern for the Heat before the start of free agency being related to Rodney McGruder. If the team chooses to decline his $1.5 million guarantee for next season, he’ll become a free agent.
[xyz-ihs snippet=”HN-300×250-TextnImage”]