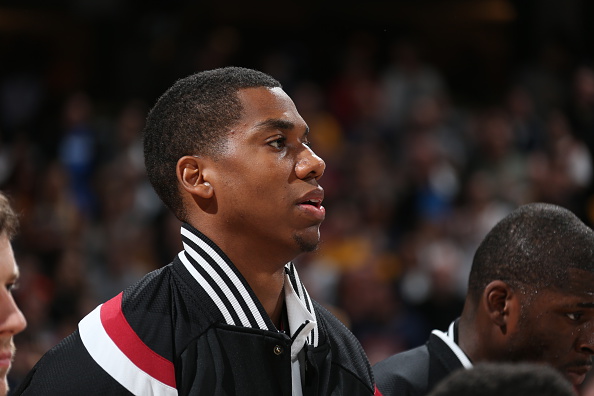 That news came from Ira Winderman of The Sun Sentinel, who tweeted:

Hassan Whiteside returned to practice today for Heat. Spoelstra said he went through the entire practice.

Meanwhile, the Miami Herald’s Ethan Skolnick also indicated via a tweet that because of this development, Whiteside is expected to take part in a team scrimmage this evening:

Whether or not Whiteside is able to see action in the Heat’s next game Saturday night in Houston is likely dependent on his health after the scrimmage.

Whiteside has been out since the start of training camp due to a calf strain, and Miami has taken a cautious approach to returning him to full health, given the insignificance of the preseason.

This is Whiteside’s first training camp with the team, which he joined last November 24, four days after having been released by the Memphis Grizzlies. He went on to average a double-double with 11.8 points and 10.0 rebounds per game after spending three weeks with the Heat’s D-League team in Sioux Falls, South Dakota.
[xyz-ihs snippet=”Responsive-Ad”]