Hassan Whiteside Misses Out on Making Either NBA All-Defensive Team 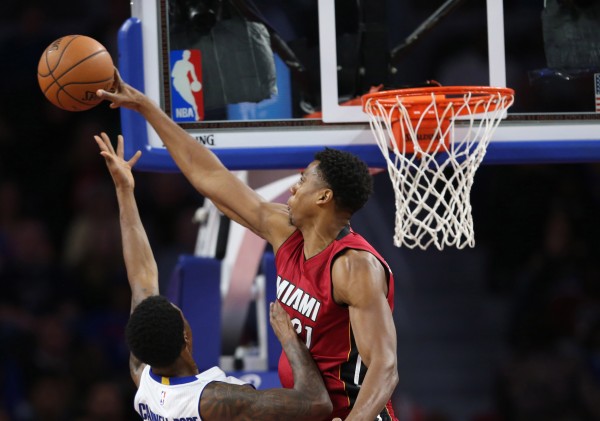 The NBA All-Defensive teams were announced on Monday, with Miami Heat center Hassan Whiteside omitted from a spot on a team after having won Second Team honors last season. In voting that was taken before the start of the postseason, Whiteside ended up with a total of 25 points in balloting and was the only member of the Heat to get any votes in the defensive category.

Ira Winderman of the Sun Sentinel explained the voting process:

“Voters were asked to select two guards, two forwards and one center for each team, choosing players at the position they play regularly. Players who received votes at multiple positions were slotted at the position where they received the most votes.”

One likely reason that Whiteside missed out was because of his drop in blocked shots during the 2016-17 season. A reduction of 108 blocks after leading the league in 2015-16 with 269 was the direct result of his being asked to play more position defense. Still, that change resulted in his leading the NBA in rebounding, grabbing 15.6 rebounds per contest.

In the 29-year history of the franchise, the Heat have had six players, including Whiteside, named to an All-Defensive team. The only players to earn First Team accolades were LeBron James, who did it three times, and Alonzo Mourning, who did it twice.
[xyz-ihs snippet=”Responsive-ImagenText”]