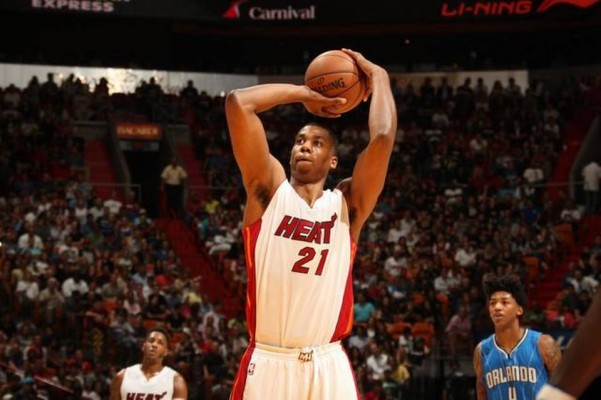 “I really work on free throws a lot more,” said Whiteside when asked what his point of emphasis was this offseason.

Although Whiteside shot an astounding 62.8 percent from the field (fifth best in the league) this past season, his free throw shooting was inexplicably worse at just 50% — 11th worst among players who appeared in at least half their teams’ games.

Whiteside continues to grow and develop as a budding, young center as he finished fourth in Most Improved Player of the Year voting behind Rudy Gobert, Draymond Green, and Jimmy Butler.

“I knew it was going to be tough for me to win that award because I didn’t play that many games,” said Whiteside.

Regardless, Whiteside maintains a positive outlook on the game as he stated, “But I won the Most Improved Life award, just coming from where I came from.”