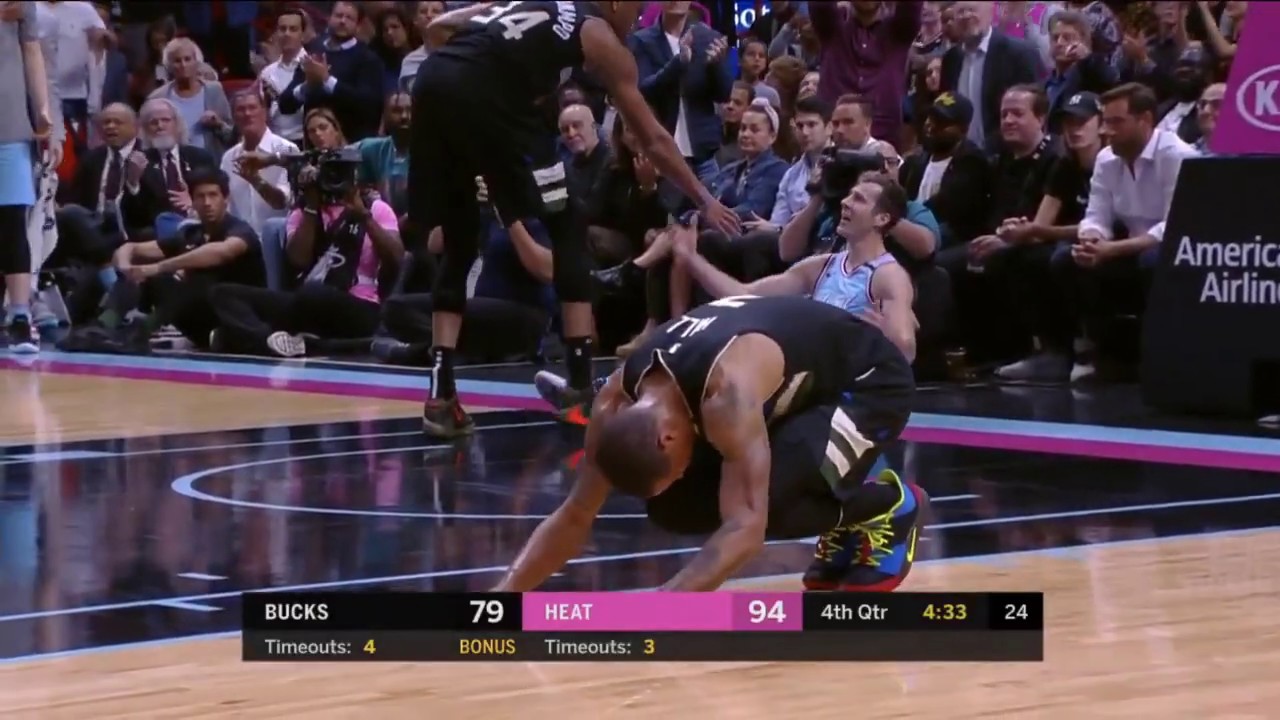 The Miami Heat pummeled the Milwaukee Bucks on Monday night, 105-89.

Heat guard Goran Dragic did some pummeling of his own late in the game, when he kneed Bucks guard George Hill in the groin in the fourth quarter.

At the time, no foul was called on the Slovenian national. However, following league review, Dragic was assessed a Flagrant Foul 1 for the move.

Goran Dragic (MIA) has been assessed a Flagrant Foul 1 upon league review for his contact against George Hill (MIL) at 4:44 of 4th quarter on 3/2/20. pic.twitter.com/BRXToVh5Zu

As the assessment indicates, it is clear that the NBA does not believe Dragic’s act was intentionally malicious. Still, Hill was clearly in quite a bit of pain following the collision.

Dragic had a strong outing in Monday night’s win over the Eastern Conference’s No. 1 seed. He finished the night with 15 points, four rebounds and four assists.

He also shot an impressive 42.9 percent from beyond the arc.

With the win, the Heat notched their third straight victory. That’s a far cry from last week’s efforts, when they lost to the lowly Cleveland Cavaliers and Minnesota Timberwolves in successive outings.

With just over a month left in the 2019-20 regular season, Dragic and his Heat teammates will look to continue their winning ways.

Hopefully, that determination to win doesn’t result in anymore opposing players getting hit below the belt.