Duncan Robinson Breaks Heat Record in 1st Half of Matchup vs. Cavs 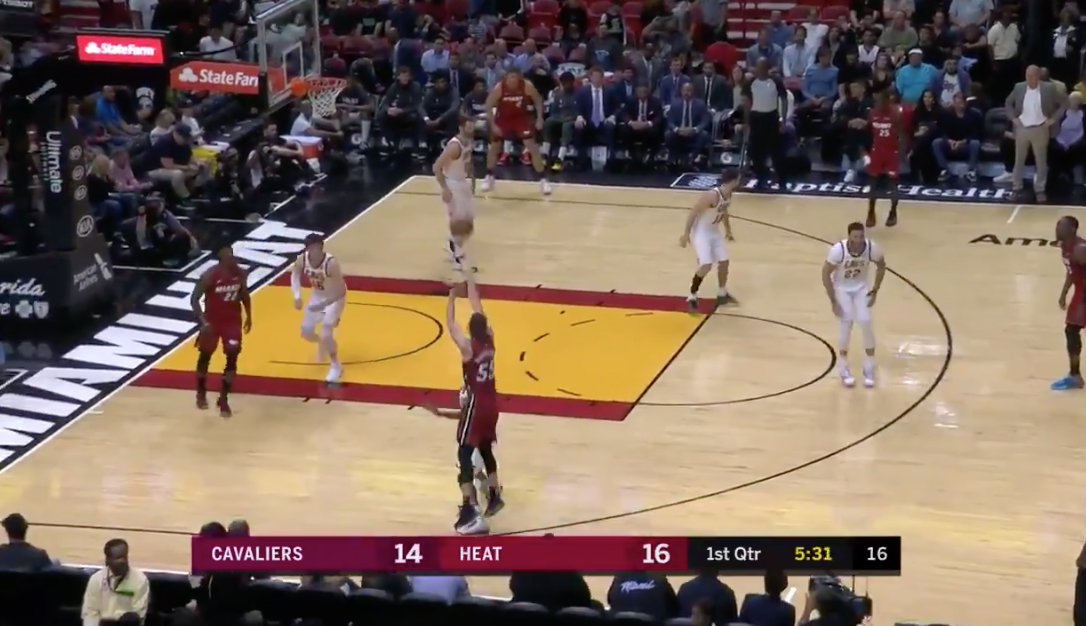 In Wednesday night’s game versus the Cleveland Cavaliers, Robinson broke a team record when he dropped eight 3-pointers in the first half.

No Heat player had ever made seven 3s in a half.

A number of his shots in the half undoubtedly were impressive, but none were better than the record-setting score.

Heat's Duncan Robinson couldn't miss in the 1st half ??

At the half, the Heat were up 75-48, thanks much in part to Robinson. In fact, his 24 points doubled up the point total of Miami’s second-highest scorer in the game: Tyler Herro.

To make matters even better for Robinson, he hit all eight shots in front of his former University of Michigan head coach John Beilein, who now coaches the struggling Cavs.

Robinson has come into his own on the court as of late. While he was first injected into Miami’s starting lineup primarily due to injuries to other players, he is making a serious case to remain a part of the starting unit once Miami returns to full health.